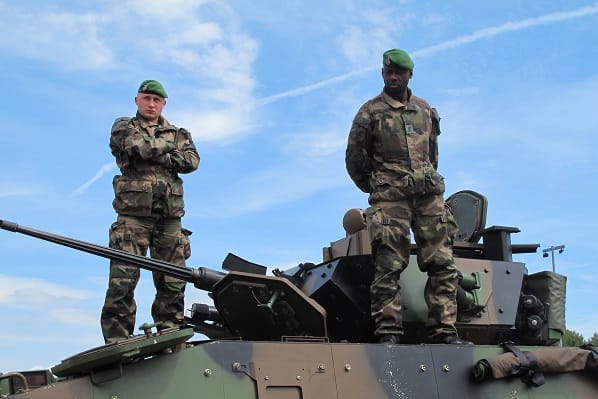 The French Foreign Legion had reportedly asked the Wagner mercenary chief Yevgeny Prigozhin to find one of their soldiers.

Prigozhin said on Tuesday that the body of a French Foreign Legion soldier was found in eastern Ukraine.

Prigozhin wrote on Telegram, “Colleagues from the French Foreign Legion asked us to find Yevhenii Koulyk.

“We regret to inform you that a French Foreign Legion soldier has been found dead on DPR (Donetsk People’s Republic) territory.”

The claim that a French Foreign Legion soldier was killed in the DPR has not been independently verified.

The Legion have some of the toughest men on the planet serving and some spend their life training and in operation fighting all over the world.

The Légion étrangère are highly trained soldiers and do operate in some of the most hostile territories in the world and men from all over the world are recruited.

In 2014 the Georgian Legion was formed who fought with Ukrainians in the ware in the Donbas and in 2016 it then came under the control of the Ukrainian Army.

In response to Vladimir Putin’s invasion in Ukraine Kyiv then formed their own Legion which consists of foreign fighters, who must have previous miliatry experience.

The International Legion was also formed to help against the language barriers which helps with the rapid response of the military units to engage in battle.

The Wagner mercenary Group is know as a Private Military Company (PMC) who are Putin’s private army and are allowed to operate outside the law in Russia.

Wagner became a more prominant PMC in 2014 during the war in the Donbas and helped the self-declared Donetsk and Luhnsk People’s Republics (DPR and the LPR.)