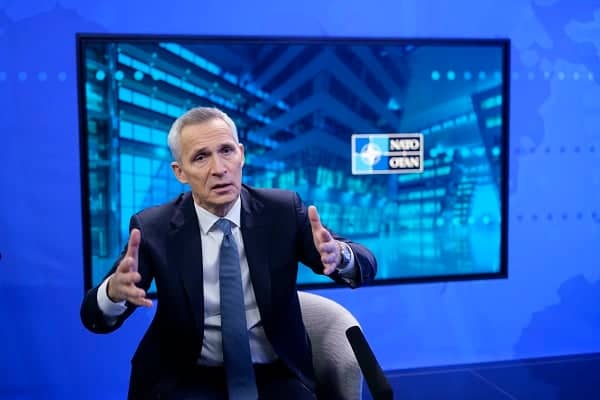 NATO’s general secretary has told an audience at the World Economic Forum in Davos that Ukraine needs weapons, and they need them “today.”

Jens Stoltenberg said that Ukraine needs a “significant increase” in weapons as the country are at a pivotal moment in the war with Russia.

Stoltenberg said the support in supplying Ukraine with more weapons is the only route to negotiating a peaceful solution with Moscow and Vladimir Putin.

Stoltenberg said, “President Putin has shown no sign of preparing for peace and therefore he must realise he cannot win on battlefield.

“This is a pivotal moment in the war and the need for a significant increase in support for Ukraine.

“If we want a negotiated peaceful solution tomorrow, we need to provide more weapons today.”

“We are in a decisive phase of the war. We are experiencing fierce fighting.

“Therefore, it is important that we provide Ukraine with the weapons it needs to win – and to continue as an independent nation.”

Moscow has warned that if the West continues with their policy of sending weaponry to Ukraine, then Europe could be “dragged into a war.”

Victor Medvedchuk who is a close ally of Putin warned this week of the possibility of a nuclear war breaking out in Europe, he added that he sees only two ways out of the war in Ukraine.

Medvedchuk said, “And now there are only two ways out: to slide into a world war and a nuclear conflict, or to start the process of detente again, for which it is necessary to take into account the interests of all parties.