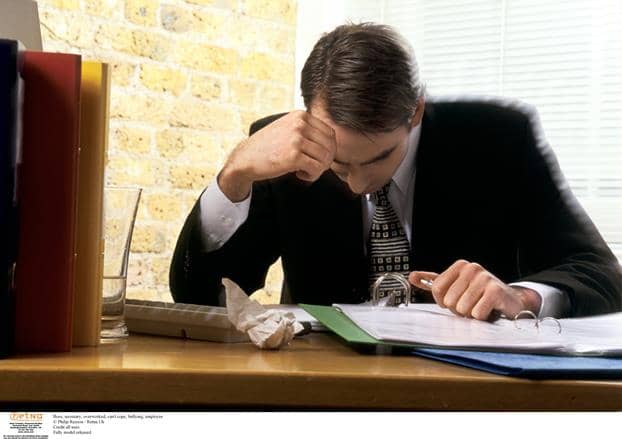 Spotting financial trouble in your business

From multi-national corporations to self-employed sole traders, regardless of the size and age of a business, none are immune from financial difficulty. At its most severe, insolvency can result in the closure of a business. However, these closures rarely happen overnight and are often preceded by warning signs before the doors are shut and trading ceases.

This guide will outline some of the signs of financial trouble, allowing you to intervene before it’s too late.

If a company’s outgoings are higher than its incoming revenue, your finance department might attempt to re-balance its cash flow by delaying some outgoing payments. Unfortunately, this often leads to soured relationships with creditors, who are likely to chase you for payment, and depending on the creditor, this could continue until the amount is paid off. Further withholding of funds could result in creditors taking legal action, such as sending in bailiffs to recover assets worth the value of their debt. Regardless of your cash flow’s health, you should pay your creditors on time and keep them happy.

One of the reasons your finance department might be stalling on paying certain bills or invoices could be to balance the cash flow, which may be imbalanced if the company is experiencing financial difficulties.

Smooth cash flow is essential for a well-functioning business. As they say, “cash is king.” In a small business, your income can be very fragile and is easy to disrupt if a customer or supplier doesn’t pay on time. Your cash flow could also be impacted if the company expands before its income can cover it, or if you overspend during a profitable period. It’s important to remember that having more outgoings than incomings isn’t always a sign of insolvency; if a company, for example, has a major expansion, or has only just started up, it would be very fortunate if it was profiting immediately. At some point, you will need to return to positive cash flow. Without it, your business can’t keep operating.

Refinancing isn’t bad in itself. Used correctly, it can lower rates and release funds tied up in the business. The company must be able to afford the repayments though, and if refinancing happens frequently, it could leave a bad impression on lenders who would become wary of you continually refinancing. If your business can’t afford the repayments associated with refinancing, it could lead to more financial problems in the future.

If your company is insolvent, your staff are likely to notice. Even if no official word of financial trouble comes from the director or board, they will notice the subtle changes. Things like lay-offs while increasing demands on employees and reducing the benefits for extra work are possible indications of trouble. Consequently, the office atmosphere could suffer along with job satisfaction as productivity declines while staff try to catch up with their new responsibilities. A bad office atmosphere often leads us to our next point.

As mentioned in the previous point, staff morale ties in with the health of the company, and they’ll notice if positions are being cut along with employee benefits being scrapped. The company could attempt to alter the contracts on which it employs its staff, which could include changing contracts to zero-hours, a reduction of hours, or an increase in hours without extra remuneration. None of which are likely to go down well with your employees, and you could see your staff turnover rise.

Have your customers started to feel the effects of your company’s financial woes? Have you had to increase your prices without increasing what customers get? News and rumours travel fast, and customers aren’t stupid. If they’ve noticed a negative impact on the service they receive, they’re more likely to question your business’ health, and may even swap to one of your competitors. They could even start asking you or your staff whether you’re “going bust”.

Having a small client base isn’t necessarily a bad thing, as long as they are providing consistent income. However, when the client base is small, and they’re keeping the company alive, if one stops providing work or changes supplier, the effect on the company’s finances could be severe. In these circumstances, the company may resort to attracting new clients, and again, this isn’t inherently a bad sign. However, if all the resources are going into gaining new clients at the expense of the ones they already have, it looks a little desperate, it could also alienate existing clients.

Financial difficulties can strike any company at any time. These troubles seldom happen overnight and are often accompanied by indications such as those mentioned above. These signs aren’t always indicative of financial trouble, but if more than one start appearing simultaneously, you should look at what action can be taken to alleviate the issues and get the company back on track to allow it to keep trading.