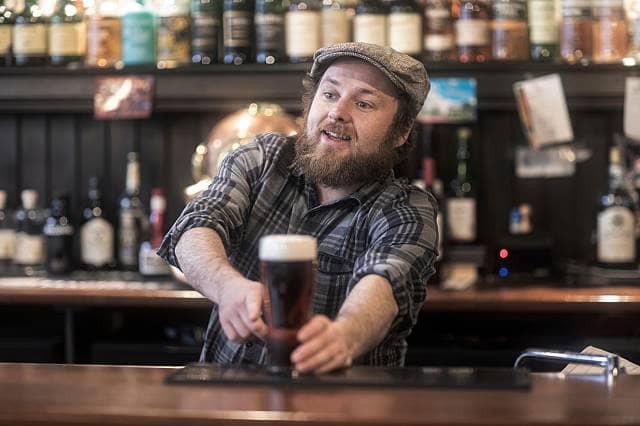 Relocating from its previous headquarters in Battersea, Sambrook’s is launching a new brewhouse and bottle shop at the development by Greenland which has transformed the heart of Wandsworth town.  A taproom will follow in the summer with space for events as well.

Sambrook’s move is a rare piece of positive news for the hospitality industry during the pandemic, with many venues and pubs battling to navigate the impact of COVID-19 restrictions.  It marks a major milestone for Wandsworth and Ram Quarter as commercial brewing returns to the heart of the ‘brewing borough’.

Beermaking has taken place without stopping at Ram Quarter since at least the 1530s, including throughout both world wars.  It was feared that this unbroken tradition might be lost when Young’s sold the site for redevelopment in 2006.  Greenland worked with former Young’s employee John Hatch to keep a nanobrewery going on site during construction, with the aspiration of finding a new commercial brewer who could safeguard the site’s legacy in the long term.  John has now joined the Sambrook’s team.

The first brew made on site by Sambrook’s is its original ‘Wandle Ale’, named after the River Wandle which runs through Ram Quarter.  Sambrook’s is offering click and collect orders from 12 April at Ram Quarter, with beer available to buy through its website: https://www.sambrooksbrewery.co.uk/

Alongside its state-of-the-art brewing facilities, Sambrook’s is opening a heritage centre that will show the area’s unique history.  From mid-May, visitors will have the chance to look ‘behind the barrels’ at how the magic happens, enjoy tours of the old Young’s coppers, and try their hand at beermaking with a ‘be a brewer for the day’ experience.

Duncan Sambrook, founder of Sambrook’s brewery, said: “We always wanted to celebrate traditional beermaking with a modern twist, and where better to do it than at the home of British brewing?  Our first brew on site marks a major step forward in our plans at Ram Quarter.  Our new home means we can provide an expanded experience for our customers and continue to make the great beer that they know and love us for.”

Taotao Song, CEO of Greenland (UK), said: “From the start of our redevelopment we knew the importance of protecting and celebrating Ram Quarter’s unique brewing legacy.  It is a challenging time for the hospitality and retail sector, and especially for independent brands, but we saw the value that Sambrook’s unique offer can bring to Ram Quarter.  We’re delighted to be supporting Sambrook’s as part of our work to create a new destination in Wandsworth.  Raise a pint to Sambrook’s – and this next step for Ram Quarter and for Wandsworth!”

Greenland’s transformation of Ram Quarter is reshaping Wandsworth’s town centre – giving residents and visitors a chance to go beyond the former brewery walls for the first time in many years.  Alongside Sambrook’s, the development is now home to a number of independent leisure and lifestyle brands.  It was announced last year that Strike bowling, Mai Thai Deli, Schooner bar, and The Dapper Fox barber will be coming to Ram Quarter, joining Backyard Cinema, fine dining restaurant London Stock, Story Coffee, MoreYoga and Kïdo School.

Greenland plans to develop more than 700 new homes on site, half of which are already delivered – including the multi award-winning restored loft apartments within the Grade-II listed brewery buildings.

There has been little progress from government on how ‘to...