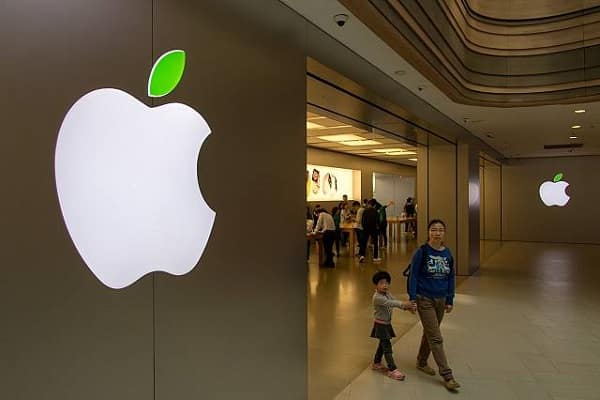 Apple has already steered down expectations for its third-quarter results but analysts and shareholders will be looking for reassurance from both this set of numbers and any guidance for the fourth quarter, as financial markets look for support from the heavyweight technology stocks that did so much to take them higher (and higher) during the pandemic.

AJ Bell Investment Director Russ Mould said: “Analysts are forecasting a 12% drop in third-quarter earnings per share to $1.15 but then expect a return to growth, with a 4% advance to $1.30 in the company’s fiscal fourth quarter to September.

“Alongside April’s second-quarter numbers, which reassured with a 9% increase in sales, a 10% gain in EPS and another $26 billion on dividends and share buybacks, chief financial officer Luca Maestri warned that earnings could take a $4 billion to $8 billion hit from a range of issues.

“These included silicon chip shortages, the withdrawal from Russia, currency movements and weaker demand due to lockdowns in China. Analysts will look for comments on all of these issues as the company enters its fiscal fourth quarter and gets ready for the all-important fiscal first quarter of 2022-23, as that includes the key Thanksgiving and Christmas seasons in the western hemisphere.

“The war in Ukraine goes on, the dollar is still going up and the outlook for Chinese smartphone sales remains cloudy, so it may be unwise to expect too much relief in the fourth quarter.

Last week’s weak earnings from America’s largest wireless telecoms operator hardly inspired confidence in another major market, either, especially as the company flagged a huge bulge in smartphone inventories on its balance sheet. That suggests the firm may slow down its device orders in the second half, unless demand suddenly improves.

“It is possible that Apple will – once again – overcome the challenges that face it by generating higher-than-expected sales from its high-margin operations.

“They excelled again in the second quarter as services revenues rose 17% year-on-year to $19.8 billion, a figure greater than sales from iPads and iMacs combined. Sceptics may wonder whether cash-strapped consumers will start to cut down on streaming services and paid-for downloads, but there is little sign of that at Apple at least, even if key rivals are finding the going a lot tougher, to again demonstrate the power of the app and developers’ ecosystem.