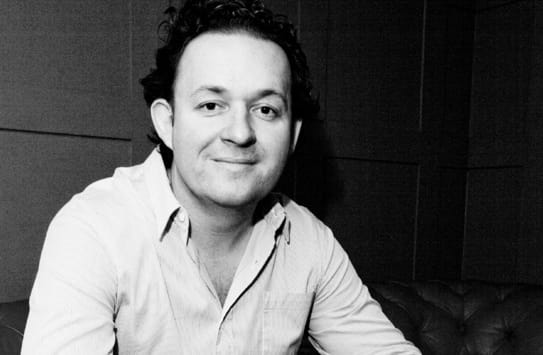 The co-founder of the boutique hotel booking site on mobile strategy, overseas expansion, and his recent retail bond

Londoners, we know you, and we know you love a dirty weekend. So on this fine Friday we’re introducing you to the crown prince of the naughty overnighter: James Lohan, co-founder of boutique hotel booking site and travel agency Mr & Mrs Smith.

Mr & Mrs Smith now boasts more than 750,000 members globally, and has offices in Melbourne, New York and Hong Kong. It transacts around £35m a year (the amount it takes in hotel bookings), with a net turnover of £8m.

Lohan says the company grew “about 40% last year, and we’ve grown about 25% this year on last year, so we’ve had steady growth in the last few years”. He says growth was “slightly more explosive” in the early years. “But to still be growing at that rate in these times is pretty good. We’re pretty pleased with it.”

Lohan founded the business with his wife Tamara Heber-Percy in 2003, having previously run promotion and events businesses, bars and clubs, including Clapham’s The White House.

Lohan and Heber-Percy begun the business by publishing boutique travel guides in print, and have since extended the brand in multiple directions including CDs and gifts.

Their latest creation is Smith & Family, which replicates the Mr & Mrs Smith model for those whose weekends away created, nine months later, when there might be an extra “Smith” or two. They’re also launching a new home-ware line in the next few weeks. To fund the expansion, last year Mr & Mrs Smith launched its own four-year fixed bond, offering 7.5% cash interest or 9.5% in Mr & Mrs Smith loyalty money.

We caught up with Lohan to find out more about the business’ expansion.

Mr & Mrs Smith has always been multi-faceted. What are your revenue streams now?

The main revenue stream is [hotel and accommodation] bookings, which we take commission on. We also take revenue from fees from the hotels [for listing on the site].

We take money from membership. [There are three membership levels: Goldsmith for £400/year, Silversmith for £40/year, and Blacksmith which is free. Each has a different array of benefits and discounts.]

Goldsmith is very small, like 1,000 members. But they’re a significant part of our turnover – they do about 15% – because they are the biggest and most frequent spenders. Silversmith is at about 10,000 [members]. The rest are Blacksmith, which is free.

We also make money from advertising: vetted brands that advertise on our site, or we do customised content pieces for them. The books now are a tiny part of the business. They were 100% [when the business launched], now they’re probably 1%.

The next generation for us is probably to get into digital content publishing. We’re really trying to get back to our roots more with content – ezines and online magazines.

But the main focus, and what we’re in the middle of right now, is becoming mobile – which everyone in the world is trying to do. Both our sites are going through re-designs to be responsively designed, so you can view them on your mobile, iPad, whatever it is.

How significant is the role of mobile in both marketing and sales?

About 35% of our traffic is from mobile, which includes iPads. The big thing with mobile is that mobile is your first screen. We consume so quickly now that if you’re not mobile-friendly you probably won’t even get a look in.

But people aren’t necessarily transacting on their mobile. Mobile is [instead] the inspiration piece that leads to the iPad or desktop, where they might be transacting – that is the important part of mobile strategy.

You’re 10 years into this business now – what’s the make-up of the team like?

We have about 100 employees globally: around 70 in the UK, 15 in the US and 15 in Melbourne. The Hong Kong office is very small – just two people.

The biggest department is the travel team, which is about a quarter of our global team.

Half our bookings are still done by phone, and half online, so these guys are partly sales and partly the support team that talk to customers if they need anything.

It’s interesting that you still get so many bookings by phone, when travel bookings seemed to have largely migrated online in recent years. Is the way your customer book changing?

What we’ve always tried to be, rightly or wrongly, is a hybrid: the best possible tour operator or travel agent and also the most nimble online travel agent – that’s the mix we’re after.

What was the thinking behind opening overseas offices, and has it helped growth?

They’re going well. Between them they account for about 25% of turnover, which is definitely significant to the overall business.

The operations are there for customer acquisition and for strategic reasons. It’s incredibly important for us to talk to our hotels in their own time zones, as we’re a global collection. And it’s easier to fill up hotels in Bali from an Australian membership database than from a London-centric database.

We also want to run 24 hours a day, so we can service our customers at any time if they have any problems – or if you’re drunk in the middle of the night and want to book a hotel, you can call us! You might have just proposed to someone, and want to whisk them away!

Overall it’s been really good for us. It hasn’t been easy though. It’s hard to roll out a brand and try to keep it to global standards.

How have you managed the internationalism of the business and the brand?

We now have MDs in both regions who have both worked very closely with the business prior being the MDs in their respective regions.

We have a brand guide which we give to everyone who joins the company, which explains what we stand for, where we came from and what we’re trying to achieve.

We have monthly updates where each department talks to the rest of company about what they’re up to and what they’re trying to achieve. So we try to share globally as much as we can.

Launching your own retail bond last year was an innovative way to raise cash to fund your investments in mobile and Smith & Family. How did it go, and why did you choose that route?

We raised a couple of million pounds, and we’d definitely do it again if we ever needed to. It’s a brilliant scheme if you can get customers to invest and help you grow the company, and it gives you a fantastic return. It’s more affordable money than we can get out there on the open market, and definitely better than what you can get out of banks.

What was lovely was that around 40% of people who took up the retail bond took it in holiday money, so they became really loyal fans of the business.

It worked for us. But we had to work at it. It certainly isn’t easy money – if anyone’s thinking of doing it, go in with your eyes wide open.

We’ve got a pretty good name I th
ink, and we’ve got a global database of several hundred thousand. Even with that, it still wasn’t an easy slam-dunk sell. We were also launching alongside some big brands that did a similar thing, such as John Lewis.

Smith & Family is still in beta – how will it connect with Mr & Mrs Smith, and when will it launch?

The idea is you become a Smith member and then choose your preferences, whether you want to be Mr & Mrs smith or Smith & Family, or whatever else we’ll come up with next. We haven’t launched fully yet as we’re taking it from our old database onto a new super-duper database that’s going to do all sorts of things.

We’re testing the booking pages very hard as well, as obviously your booking requirements as a family are very different – the configuration [is more complex than Mr & Mrs Smith as it includes] cots to single beds to adjoining rooms. And no one online has as yet really cracked that [for families], as far as I can see.

The other reason [it’s still in beta] is we only have a very small collection at the moment – only about 60 properties.

It’s not the finished article, but so far, so good. We’ve done well over 100 bookings online, and probably double that with offline. We know our customers want it and we’ve already got a database of 30,000 people, so I think next year will be a really big year. This year will be the learning year.

What else have you got lined up?

The next thing we are trying is a proper standalone brand extension. We’ve got a [household] paint range launching in a few weeks, and we’ll be selling it in a very clever way, which I can’t tell you about yet!

All the hotels [we list] are very much about style, so the new ‘At Home’ range will be similarly about style. That can then develop into a linen range, and potentially lots of other home style stuff.

Are you planning an exit?

There will be an exit at some point, there’s no question. We’re just trying to get Smith & Family finished to a point where we’re really happy with it, and also to get Mr & Mrs Smith really fine-tuned, and then we will try and make a success of some brand extensions.

But, then once that’s happened I think we would have proved ourselves beyond just being a travel company. And, you know, if a perfect suitor comes along, never say never.

Good luck with it all James.