Home Business News Putin could declare martial law, to shut the borders amid the exodus of Russians fleeing the first mass mobilisation since WWII 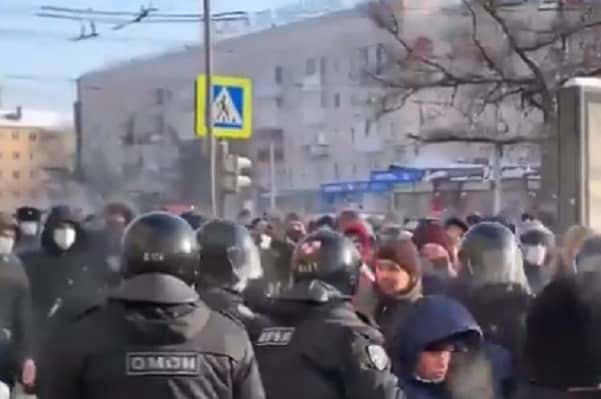 Vladimir Putin has hinted that Moscow could close their borders to stop “everyone” of “conscription age” from fleeing Russia’s the first mass mobilisation since World War Two.

Since the war started on 24 February more than 50,000 have fled and since Putin announced the partial mobilisation last Wednesday “some 10,000 per day” are fleeing Russia.

On Tuesday satellite images from Maxar Technologies shows a queue of Russians in their vehicles which is 16km long attempting to flee Russia.

Ella Pamfilova, the head of Russia’s election commission, blasted those who are making efforts to leave Russia as “rats.”

If Putin and the Duma does declare martial law then it would be most likely the Russian authorities will send the military to the borders and arrest everyone who is of conscript age and throw them into training camps.

The border with Georgia from space today looks like this.

Gennady Zyuganov, the General Secretary of the Communist has said the newly “mobilised youths” will only be given a “two week training course” and will then be thrown in to Ukraine and will be forced to fight against the highly trained and battle hardened Ukrainian armed forces.

The Russian MP has said that Russian businesses and citizens will now be forced to contribute to Putin’s war.

Zyuganov said in a speech that the newly “mobilised youths” who “will fight” in Ukraine will only receive “two weeks” training and added, “That should be enough.”