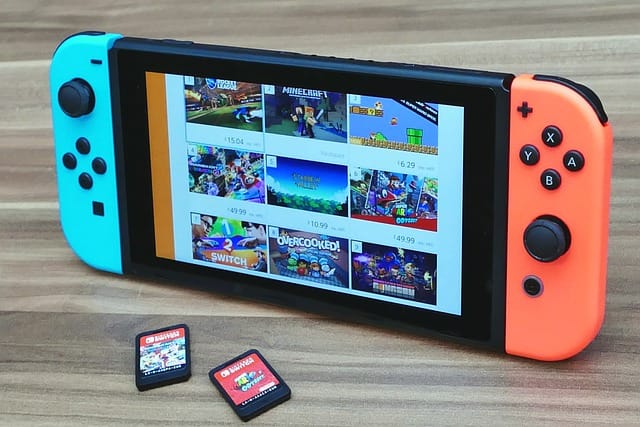 The latest in a game series that dates back to 1996, expectations for Pokémon Scarlet and Violet were predictably high. As the second mainline entry to hit Nintendo’s Switch, the hope was that developer Game Freak would have had the time to iron out the kinks of the system’s former releases. The worst fears were realised when it turned out that Pokémon Scarlet and Violet run poorly on new systems, far below audience demands and expectations.

While disappointing, this development wasn’t entirely unpredictable. As the most underpowered of the three major systems by a wide margin, the Nintendo Switch has struggled even during its 2017 launch period. With the two new Pokémon titles failing to hit minimum performance demands, questions remain about the future of the system, and the implications that likely fixes will have for current-gen game releases.

The problems with Pokémon

As a 26-year-old series, Pokémon has evolved significantly over its lifespan. One of the most profound of these evolutions occurred in the move to the Switch with Sword and Shield, which introduced full 3D environments with a controllable camera. This introduced a host of new problems for developers and put a huge strain on the Switch’s hardware.

The issue is that the Switch is not a powerful system, yet modern standards of how games should look forced Game Freak to achieve a certain level of clarity. In terms of numbers, one of the most popular ways to measure the power of a system is in GPU gigaflops. The specifics of this metric aren’t especially important, what is important is that the Switch hits around 500 gigaflops at peak performance. For reference, the PS5 achieves 10,280 gigaflops, and even the PS4 hits 1,843.

With this amount of power, major sacrifices had to make for Scarlet and Violet to look good at a standstill. These sacrifices came in terms of object pop-in, texture loading, frame rate, animation smoothing, and more. Combined, the package left a bad taste in players’ mouths, but long term this issue could be reduced.

It’s an unfortunately common practice today to launch games in unacceptable states, only to get around to fixing them later, if at all. Cyberpunk 2077 had similar performance issues on launch, though it was eventually fixed on PS5, Xbox Series, and PC, where it eventually was considered fantastic. On PS4 and Xbox One, the game never was up to snuff, however, and there is some fear this could similarly occur to Scarlet and Violet on the current Switch.

Like the modern PlayStation and Xbox systems, there are strong indicators that future Switch consoles or revisions will have improved processing power. There is precedent in Nintendo walking this path before, as demonstrated by their 3DS to New 3DS move. Faster components could essentially eliminate the problems with these versions of the games, but it’s a poor solution for players who can’t or won’t upgrade.

The idea of faster systems addressing existing performance concerns isn’t unique to Nintendo consoles, it’s been a constant issue in the PC and console gaming spaces for years. It’s not an insurmountable issue, outside of hardware updates, but solutions tend to come about in ways that video game developers ignore.

Perhaps the best example of solutions comes from the realm of online casino games. Consider the types of titles you’d see on modern websites offering no deposit bonuses. The titles on these sites are built with the understanding that by leaning on style rather than polygon count or effects, it’s possible to make amazing-looking games that don’t bring systems to their knees. Similar ideas apply to the websites, which offer a selection of themes, layouts, and bonuses to attract as wide a demographic as possible in what is a highly competitive industry. They don’t stress systems too far, so they work for almost everyone, although it can be hard for customers to choose, which is why sites that provide objective reviews have become so important.

This same concept applies to many smaller indie video games like Stardew Valley and Limbo. Titles like this understand that gameplay is the most important feature, so they don’t overextend on graphics to destroy performance. In doing so, their games still look great and are playable on devices as powerful as modern PCs to systems as limited as older smartphones.

As for Pokémon Scarlet and Violet, these games don’t have a simple path to better performance. The simple truth is that while hindsight allowed by playing with later systems might bolster their future legacy, for players right now, performance is unacceptable. Already with some of the worst ratings in series history, fans can only hope this serves as a lesson for Nintendo, but whether or not it will, historical example leaves this much in doubt.