Home Business NewsTech News Piers Daniell: 4G is here… or is it? 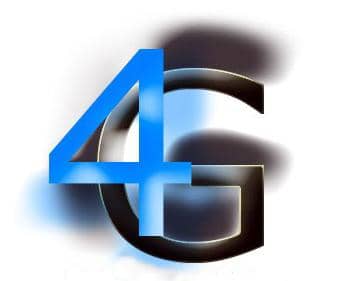 More than a fifth (23%) of the UK population still doesn’t get any 3G coverage. What chance does 4G have?

Telecom giants O2 and Vodafone announced the roll-out of their 4G services last August, and Three wasn’t far behind, in December, following the delay in spectrum auctions. But we’re still waiting to see 4G take hold. I was having a look at the network’s websites and what they offer; even the iPhone 5s on O2’s network is still only listed as 4G ready and not 4G enabled. So what’s going on? Is 4G a reality?

Given that we are unable to get 3G (let alone 4G) coverage in some parts of London, I can’t help but think the promise of faster data services is actually a few years off. Reading an article recently I was stunned to see that more than a fifth (23%) of the UK population still doesn’t get any 3G coverage. So I have to ask, if we haven’t been able to do better than that in 10 years is there really any hope for 4G?

The switchover has been gaining momentum in the last six months, and customers are already starting to see a difference in what the 4G network delivers. Unfortunately it isn’t all good. Upgrading masts and sharing deals between operators have led to many customer complaints: some people who haven’t switched to 4G are experiencing problems with regular old 3G.

I was travelling down Oxford Street recently – not exactly the outskirts of London – and was surprised to see 3G drop for a portion of the journey. So far, it doesn’t look great for 4G. But uptake has been steady and is growing.

EE announced that two million of its customers are on the 4G network. But when you look at its overall customer numbers (27million) that’s still a pretty small percentage – 7.4% to be exact.

This could be because more and more people are relying on Wi-Fi networks to reduce their mobile data bills. The amount of videos we watch and other bandwidth intensive content we consume on our daily commutes means we either have to pay for large data plans, or take advantage of free Wi-Fi. Of course this means we could lose coverage at a crucial moment and not be able to watch 24’s Jack Bauer save the world for the tenth time.

But is data capacity really the issue that 4G addresses? Mark Zuckerberg announced at Mobile World Congress in February that Facebook has reduced the size of data taken up by its app. A year ago, on average each day we were using up to 14MB of data – that is 420MB a month – on Facebook data. That is almost half of a 1GB data plan! The engineers at Facebook have managed to bring this average down to 2MB and have a plan to reduce it further to 1MB. As all other major app providers are doing the same. So do we really need 4G to speed up data connections?

The answer is yes, of course: 4G supports not just what we do today on our mobile phones, but what we will doing more of tomorrow, such as video conferencing, using more cloud services, downloading large files and so on. Existing networks are groaning under the strain already, and every day we increase the amount of mobile data we consume. We desperately need 4G to relieve the pressure.

There’s a job to be done by the operators to educate customers on what the benefits are of 4G, and why they should pay for it. In broad terms, it means we’re not constrained by location – you could use that train delay in the morning to check a document, for example, or watch a training video. And did you know that 4G will automatically buffer that video so if you lose signal at a crucial moment you won’t lose the storyline – it will simply keep playing?

Whether you decide to switch your business phones over to 4G in the short-term, in the long term it will become the norm, with all four UK networks stating that they will cover 98% of the population by the end of 2015. If this is achieved it will do what 3G has been unable to do in the decade since it was ‘switched on’. It could herald the biggest change in the way we use mobile data, on phones and on tablets, since the phone camera was introduced.

Piers Daniell is the founder and managing director of Fluidata, one of the UK’s fastest-growing tech companies. He was named “Young Entrepreneur of the Year” in the LondonlovesExcellence Awards 2013