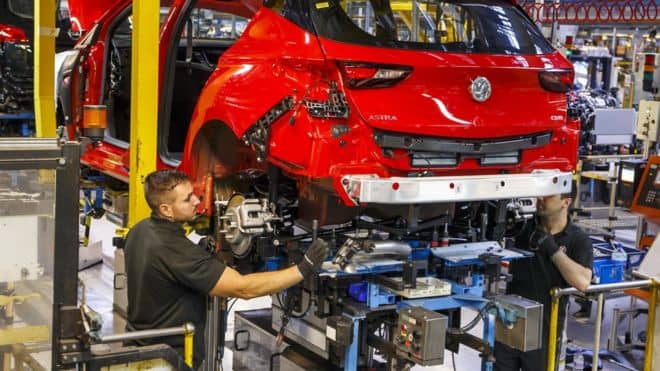 Len McCluskey of Unite told Reuters that Tavares does not want to close any of the firm’s Vauxhall car plants in Britain: “Carlos Tavares repeated his desire not to close UK plants, which is reassuring.”

“Further meetings are planned to quickly move this recovery plan for Vauxhall’s manufacturing sites to the highest level of performance, after years of degradation,” Vauxhall said in a statement.

Earlier today, McCluskey had said that the plant needs to be given a new model to help safeguard jobs, adding that he did not think the latest cuts meant the end for the plant: “There will be no death by a thousand cuts for our plant – Mr Tavares has assured me of such. Unite will make sure he stays true to his promise.”

“But that doesn’t mean we don’t have to be ready for the fight of our lives to keep world-class car making on Merseyside. What we need to do is bring a new model to Ellesmere Port.It’s got a great case – it has always been one of the most efficient plants in Europe,” he said.

Peugeot owner PSA had said earlier this month that a further 250 jobs could go on top of 400 announced last year.