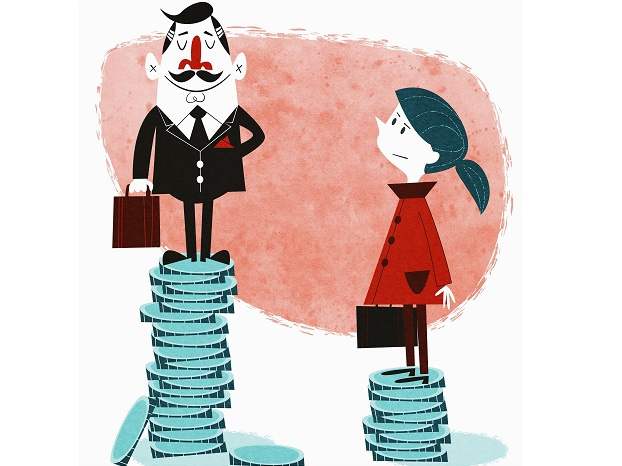 Over a quarter of business leaders ignore gender pay gap

Over a quarter (29 per cent) of senior personnel within UK enterprises do not see the gender pay gap as an issue for businesses, despite the UK gender pay gap sitting at 13.9 per cent according to the Fawcett Society for full time employees. This is according to research by HR and payroll provider NGA Human Resources (NGA HR).

Those that do recognise the gender pay gap as an issue believe the external effects on an organisation create the biggest problems – these include bad publicity (40 per cent), brand damage (34 per cent) and recruitment obstacles (33 per cent). Challenges such as retaining staff (26 per cent) and pay rise demands (20 per cent) are viewed as secondary issues for businesses.

In addition, many of those questioned stated that they believed  that the gender pay gap was partly due to  women’s personal career decisions. The fact that women are more likely to take career breaks (49 per cent) or work part-time (42 per cent) are identified as the main factors for pay disparities. Other reasons for the gender pay gap are the lack of representation of women in the overall workforce (20 per cent) and fewer women in senior management positions (27 per cent).

Despite Government initiatives, only 17 per cent of decision makers surveyed believe that regulations on gender splits will reduce the divide. Especially topical given firms are required to report on pay gaps from next month, the research indicates this might not prove as successful as hoped. Indeed, 20 per cent of organisations will not be ready to disclose their data on time, let alone review remuneration packages as a result.

To combat the gender pay gap, pay levelling is unsurprisingly seen as the number one solution (57 per cent). However, in line with the reasons highlighted for the gap, there is also significant support for back-to-work schemes (49 per cent) and positive recruitment programmes, such as the Government’s budget funding for ‘returnships’ (47 per cent).

“It is cause for concern that a significant proportion of business leaders still do not take the gender pay gap seriously. Whilst compulsory reporting is imminent, progress towards closing the gap will only be made if firms are prepared to put in place meaningful programmes. The Government’s recent funding for ‘returnships’ is a step in the right direction, yet it is up to individual businesses to develop them if the pay gap is to be reduced for good. By addressing their pay gap, organisations will not just have good figures to report on paper, but the commercial benefits of a diverse and fairly remunerated workforce, improving performance, productivity and profitability”, said Geoff Pearce, Managing Consultant – Reward at NGA HR.