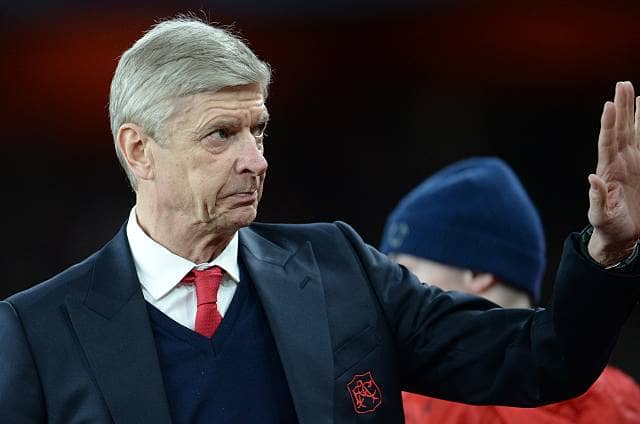 Research by Sporting Index has found that nearly one fifth of the British public would vote for under-fire Arsenal manager Arsene Wenger as Prime Minister and the country’s leader.

Ahead of next month’s general election, the leading political spread betting firm commissioned pollsters Opinium to identify which English Premier League manager would gather the most number of votes to take the Westminster hot-seat, and found that from those who picked a specific manager, 16 per cent would vote for Gunners’ gaffer Wenger.

If the results are based on football managerial success and personality, the results may come as a surprise to many, given that the Frenchman has struggled to help his side mount a serious title challenge this season and has refused to step down thus far. The Gunners could also miss out on Champions League qualification for the first time in Wenger’s 20-year tenure.

The debate around whether he should stay on at Arsenal has divided opinion in the football world, with many saying he should remain in charge while other fans have called for him to leave and have paraded ‘Wenger Out’ banners at the Emirates. Wenger, who Sporting Index last week predicted would last one more year in the job, has also been likened to Jeremy Corbyn due to the latter’s current circumstances as leader of the Labour party – with the self-confessed Arsenal fan also finding opposition amongst his own.

Next Premier League bosses in favour to take over after Wenger are, in joint place, Jurgen Klopp and Jose Mourinho. While Klopp is relatively new to the Premier League having joined Liverpool in October 2015, Manchester United technician Mourinho is a Premier League old-guard having managed Chelsea for two spells across six seasons, steering them to three league titles, one FA Cup and three League Cups. He has also already won this season’s League Cup with United and is on the brink of winning the Europa League.

The highest number of votes for a British manager go to Crystal Palace boss Sam Allardyce, who leads the way with nine per cent. Allardyce was infamously sacked as England manager after only 67 days at the helm following an undercover investigation around football agent fees. However, public opinion shows he would have public backing over the remaining eight British managers in the top division where he pips the likes of fellow Englishmen Eddie Howe (five per cent) and Sean Dyche (four per cent), Scot David Moyes (four per cent) and Welshmen Tony Pulis (four per cent) and Mark Hughes (three per cent).

When broken down by region, Wenger also beats the rest. Of those who voted for managers from the North-East, North-West, Yorkshire and Humber, East and West Midlands, East of England, London, South-East and South-West England, the Arsenal manager comes out on top in each region.

Ed Fulton, political trading spokesman for Sporting Index, said: “After yet another enthralling Premier League season in England, timed nicely in the run up to a snap election next month, we thought it would be interesting to identify which manager would generate the most support if they were to run for Prime Minister of the United Kingdom.”