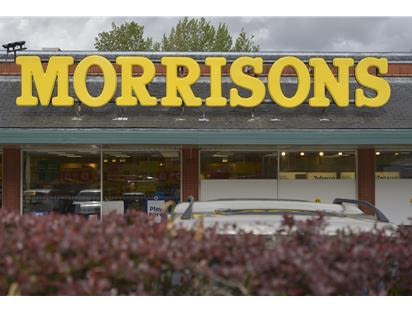 Historically the UK supermarket sector has been viewed as a slow growth, highly competitive market. As such, it wasn’t seen as a natural source of takeover activity.

Mergers were more plausible, such as we saw with Sainsbury’s trying to marry Asda to gain scale and find a new source of earnings growth. But non-trade buyers swooping for deals didn’t seem like an obvious play until we saw the Issa brothers snap up Asda after the Sainsbury’s deal collapsed.

“Strategically Morrisons has cemented an important relationship as a key supplier and partner to Amazon, and to McColls convenience stores. It has also established a successful online delivery service,” said AJ Bell’s Russ Mould.

“Morrisons’ balance sheet has plenty of asset backing and the valuation was relatively depressed before news of private equity interest.

“The business had done a lot of hard work and put itself in a stronger position to continue fighting competitive threats, but the market hadn’t recognised this shift and the shares had languished due to concerns about the difficult environment in which Morrisons operates.

“The market value of the business had weakened so much that it clearly triggered some alerts in the private equity space to say the value on offer was looking much more attractive.

“As of the market close on Friday, Morrisons had shareholder equity of £4.2 billion according to the last set of accounts and a market value of £4.3 billion, so it was trading at pretty much one times book value – a good start for any value-oriented investor.

“There was a pension surplus, only £2.3 billion of debt and £1.3 billion of lease liabilities. Add all of those up and the enterprise value for Morrisons was £7.9 billion, yet the firm has £7.4 billion of property and assets on its balance sheet – prime private equity territory. Limited liabilities plus lots of assets offers scope for quickly releasing cash from the business.

“Other attractive facets include the firm’s heavily vertically integrated model – in tune with the zeitgeist when it comes to food provenance and environmental, social and governance trends.

“This is not to say Morrisons is a slam-dunk. But you can see the value case for the shares and that must be the key attraction for CD&R. The issue now is how the big shareholders respond and whether they – and the Morrisons board – feel they can squeeze out a higher bid or feel sufficiently confident in Morrisons’ strategy and long-term competitive position to spurn the offer altogether.

“The shares traded at 235p early on Monday which is higher than that 230p proposal from CD&R. The market therefore seems confident that the suitor will have to raise its offer price or someone else might step into the game and we’ll see a bidding war.

“Amazon has long been touted as a potential buyer for Morrisons to help give it a much stronger foothold in the UK grocery markets so that’s an obvious name to watch.”