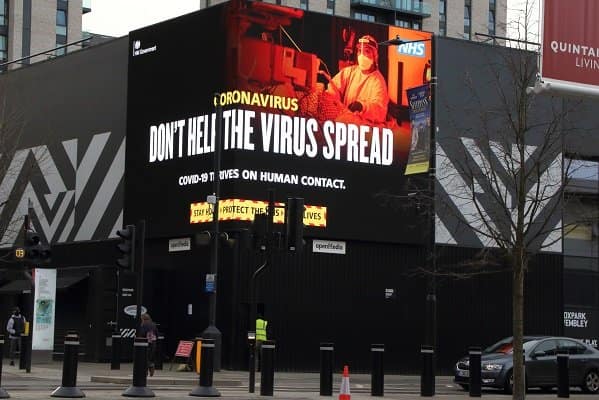 Half of UK adults (51%) support a national two-week lockdown starting in December in response to Omicron, according to new polling by Savanta ComRes. Support is highest in London (58%), where cases are reportedly higher than other parts of the country.

Overall, one third (32%) oppose a lockdown, rising to almost two in five 2019 Conservative voters (38%), although almost half of Conservatives do also support the idea (48%).

Of specific restrictions tested, the closing of nightclubs (63%) and stopping large crowds at sporting and entertainment events (64%) have the highest levels of support, with just one in five opposing each (20% and 22% respectively).

Other restrictions tested such as the closing of pubs and restaurants (44% support), no indoor mixing of different households (44% support), only allowing people to leave their home for essential shopping, exercise, and work (47% support), and the ‘rule of six’ indoors (55% support) all had relatively high levels of support.

The proportion who are likely to cancel plans as a result of Omicron rises to half of those aged 18-34 (50%), and three in five of those in London (62%), higher than anywhere else in the UK.

Chris Hopkins, Political Research Director at Savanta ComRes said, “The Omicron variant looks set to force the hand of the government and, as things stand, it seems the public are braced for another Christmas of disruptions and restrictions. With half appearing in support of a lockdown amid rising cases, the Prime Minister again appears to have the public on his side if he does decide to make last-minute changes to the festive period.

“Despite this, though, support has dropped a little from last year, where we found almost two-thirds supported the reduction in ‘Christmas bubbles’ from five days to just one, and 73% supported the introduction of ‘Tier 4’, limiting Christmas restrictions to just one household for people in those areas. Yes, public support for such draconian measures may still be high, but some are definitely less keen this year than they were last.”