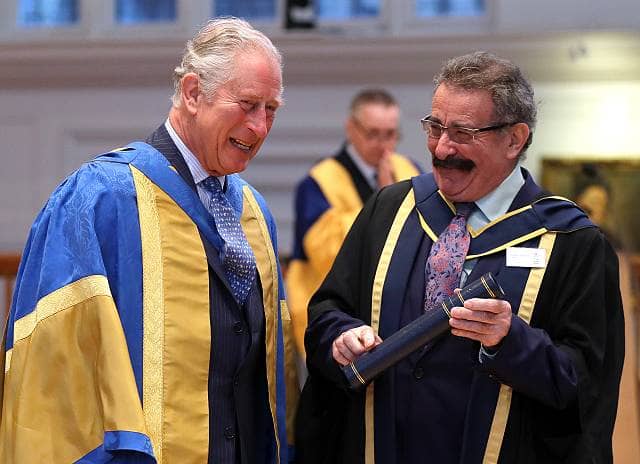 Lord Winston has called for cyclist to have licence plates after he was attacked by a woman cyclist, he had spoken out as she was riding illegally on a pavement.

Scientist and TV presenter said the woman had assaulted him as he was kicked by the cyclist when he stopped her in Bloomsbury, Central London on Wednesday.

Lord Winston said the woman became “abusive” and made an attempt to snatch his phone as he, rightly pointed out to her the she was breaking the law.

Speaking to The Times newspaper Lord Winston said, “I went up to her and told her very politely that it was against the law to cycle on the pavement and it was dangerous.

“I thought she would apologise and walk off, but she became very aggressive and was swearing… She then kicked me repeatedly.”

The Labour peer told The Times he did not report the incident to the police as it will be, “impossible to identify the cyclist.”

Lord Winston is considering introducing a private members’ bill to force all cyclists to have number plates.

He said, “The requirement for number plates would mean cyclists who are blatantly breaking the law can be identified.”

Adding it could help to prevent “aggressiveness” shown by some cyclists.

Lord Winston told the House of Lords, “Most cyclists are conscientious and law-abiding but an increasing number are extremely aggressive.”

Lord Winston’s call come days after MPs debated in the House of Commons over irresponsible behaviour of some aggressive bike riders who ignore laws, ride on pavements, through red lights and pedestrian crossings.