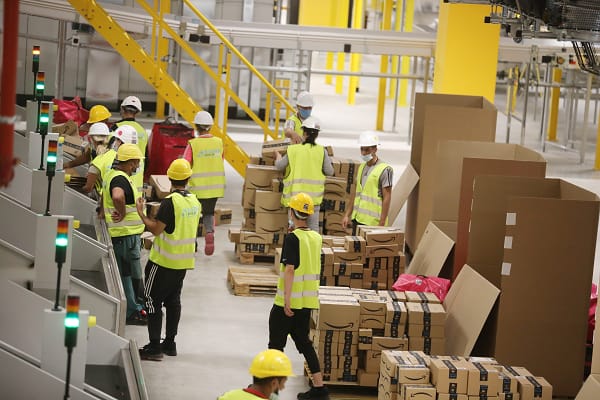 Licence to skill: Employers claim it’s ‘never been harder’ to find candidates with the desired skills

Looking to land a new job? September is officially the most popular month of the year for a switch. Yet nearly two in three (60 per cent) employers claim it’s never been harder to find candidates with the right skill set, with 78 per cent citing this as one of their biggest business challenges.

According to research released today by language learning app Drops, the top 10 attributes employers look for in a job application include: leadership, emotional intelligence, and attention to detail. Other sought after skills include social media savviness, creativity, and the ability to a speak a foreign language, with 62 per cent of employers stating that being bilingual makes a candidate a more attractive proposition in a competitive marketplace.

Findings revealed that half (50 per cent) of the businesses surveyed have plans to expand into other countries in the ‘near future’, with 57 per cent actively looking for foreign language skills for roles within their companies.

The difficulty in finding the right candidates is proving an expensive and time intensive task, with businesses spending an average of £54,000 through recruitment companies in a typical twelve-month period.

The average British business currently has four vacancies unfilled and will spend on average five hours per week searching for candidates, receiving on average 15 applications per job.

Nearly half (48 per cent) of employers have resorted to poaching an employee from a rival company because they had the key skills required for their job.

Daniel Farkas, Drops Co-founder and CEO, said: “The research has shown that employers are struggling to match candidates to job roles effectively as many people are applying for roles that they don’t quite tick all the boxes for.

“In an increasingly multicultural world, the professional skills needed are evolving, with foreign languages putting candidates ahead of their rivals when out to market.”

James Barrett, Senior Regional Director at leading recruitment firm Michael Page said: “September is the busiest month in the job market, with an average of 23 per cent more job applications than other months.

We anticipate the coming month to also be busy and when combined with a trend for employers looking further afield for talent, it can be hard to stand out from the crowd, but clearly highlighting skills is one of the best ways for candidates to do this.

“Additional languages are a great example of this. In an increasingly multicultural world and business environment, being multilingual is very attractive, from being able to communicate with different teams and offices across the world to translating important documents.”