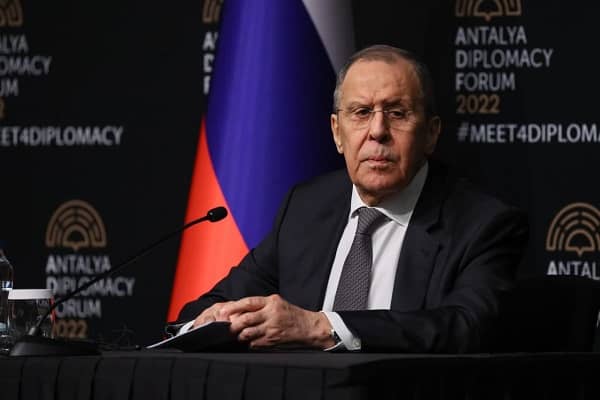 The Kremlin has warned the UK and the US that supplying Ukraine with “various types of weapons” will have a “negative effect” in “Russian-Ukrainian negotiations.”

The US has said they have trained Ukrainians in America on how to operate the deadly Switchblade drones to be used against Russian forces and they have also sent anti-tank missiles and weapons.

The Kremlin’s spokesperson Dmitry Peskov warned that negotiations between Russia and Ukraine will suffer if  Ukraine continues to receive weaponry.

Peskov said, “Pumping up Ukraine with various types of weapons does not contribute to success in Russian-Ukrainian negotiations. Rather, it will have a negative effect.”

Peskov hit back at the West’s growing sanctions against Russia, he said, they were “a continuation of the frantic line on the introduction of new restrictions.”

On Thursday the Russian Foreign Minister Sergie Lavrov has said the Ukraine has presented Moscow with “unacceptable” elements as a draft peace deal was presented.

Lavrov said that they will continue negotiations and will aim to secure their conditions with Ukraine.

He said, “Such inability to agree once again highlights Kyiv’s true intentions, its position of drawing out and even undermining the talks by moving away from the understandings reached.”