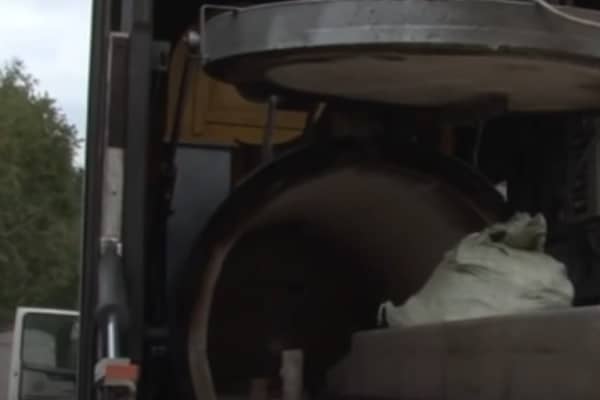 Vladimir Putin’s troops in Kherson are burning Ukrainian civilians “day and night” in mobile crematoriums to hide the amount of civilians they have “executed” and “tortured” in the city.

The mobile incinerators have been brought to the frontline to hide the horrific amount “murdered” cvilians.

Patrikarakos said that Russia are not burying the dead in mass graves anymore because this leaves “behind evidence of war crimes.”

Patrikarakos wrote a report for the Daily Mai, “Vladimir Putin’s paranoid soldiers are burning the corpses of Ukrainian citizens tortured and murdered on suspicion of helping the resistance.”

“The incinerators fill Kherson with the reek of charred flesh.

“There is no mistaking the smell and it adds to the pervasive sense of horror in the Black Sea port.

“It’s a living hell,” he added that Russian troops are even burning their own soldiers.

Gangs of Ukrainian youths who support the resistance are knifing drunk Russian troops, and then Putin’s army simply disposes of their bodies in the incinerator to hide the true number of his dead from the public.

Patrikarakos said, “They say many of the Russian troops are drunk all the time,” citing “pro-democracy activists” in the city of Kherson.

He added, “Arms, ammunition, kit and even food are in short supply for Putin’s blundering army – but vodka is always available in abundance.”

In April the ambassador of Ukraine to Estonia revealed horrific details of what Russian forces were doing to the civilians in the besieged city of Mariupol.

The Russian’s are deliberately mobile crematoriums in Mariupol to hide their crimes and atrocities of rape, mutilations and executions and the Mayor, Vadym Boychenko warned “this is the new Auschwitz and Majdanek.

Mariupol city council had also announced the grim reality of what Russia were doing, they said at the time, that Kremlin troops under orders have “started to use mobile crematoriums in Mariupol to burn bodies of slaughtered Ukrainians.

“They are hiding their crimes.”