Home Business News The Kremlin ‘should not be shy about accepting the hand of Kim Jong-un’ offering 100,000 North Korean fighters to fight 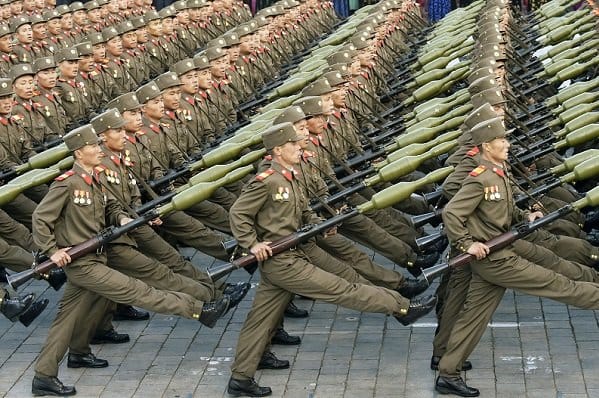 Igor Korotchenko, speaking on Russia-1, the nation’s most-watched channel, has said that Russia “should not be shy about accepting the hand of Kin Jong-un” offering 100,000 North Korean fighters and tactical divisions to fight in Ukraine.

The North Korean leader also said that builders are “ready to work alongside” Russia in rebuilding cities and Vladimir Putin should “give the green light,” Korotchenko said.

Putin is seriously considering the North Korea’s offer in exchange for grain and energy which will help Jong-un’s country to alleviate their struggles.

Putin has lost tens of thousands of troops, military hardware and many ammunition depots have been blown up by Ukrainian forces.

The military pundit discussed the importance of working more closely with Jong-un and China, then said it was “time to open our border with North Korea and establish normal trade.”

A pro-Russian news agency said, “The country is ready to transfer up to 100,000 of its soldiers to Donbas.

“Pyongyang will be able to transfer its tactical units to Donbas.”

Korotchenko told Russian viewers, “And now back to the subject of the Donbas. There are reports that 100,000 North Korean volunteers are prepared to come and take part in the conflict.”

Another host said, “North Korean volunteers, Igor Yurevich? That sounds like an oxymoron.”

Korotchenko added, “You know, maybe it is a joke. Maybe it is not. I don’t know. But North Korea has, politically at least, made its position clear.

“North Korean builders are ready to work alongside us to rebuild the cities Ukraine has destroyed in the Donbas, as well as Kherson, Zaporizhzhya, and other regions which are liberating and which remain to be liberated.

“Why should we be shy about accepting and making use of that help? By the way, North Korean builders work efficiently and well.

“They are resilient and undemanding. The most important thing is that they are motivated.

“We should not be shy of accepting that hand extended to us by Kim Jong-un. And anyway, it is time for Russia to leave the UN sanctions regime on North Korea.

“It’s time to open our border with them and establish normal trade.

“And if North Korean volunteers with their artillery systems, their wealth of experience in counter-battery warfare, and with their large-calibre multiple launch rocket systems manufactured in North Korea want to participate in the conflict, well let’s give the green light to their voluntary impulse!

“At the end of the day, we helped North Korea and if North Korea expresses such a desire to fulfill its international duty to fight against Ukrainian fascism, let’s let them.”