Home Business Insights & Advice How to get Kona coffee in NYC 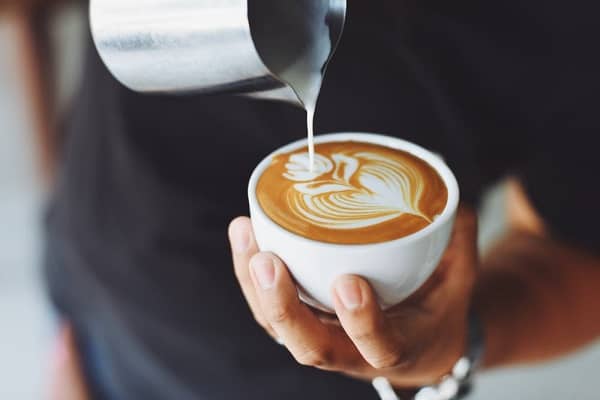 How to get Kona coffee in NYC

If you’re a coffee nerd, you probably already know what Kona coffee is and familiar with its heavenly taste and aroma. If you’re not and just beginning to enter into the world of coffee lovers, Kona coffee beans are grown in mountainous areas of Hawaii. Coffee trees which typically bloom after Kona’s dry winters are harvested in autumn. Coffee cultivated in the North and South districts of Kona of Hawaii are the only region that can be considered providers of real “Kona Coffee.”

Here’s a little more background information about Kona and why it’s unique, a bit pricey, where you can find it in New York City, what to look for if you want to buy your own.

Why is Kona coffee so special?

The area that defines Kona is one of a few areas on the Big Island of Hawaii. Growers of this coffee bean have taken steps to ensure that the brand name ‘Kona’ is associated with high quality. Kona is known to be less acidic and simply carries a great taste with it. Why is it too expensive?

A little bit on the roasting process

This particular coffee is sun-dried. It can then be custom-roasted which gives it uniqueness over other types of coffee beans. French, Italian or Espresso comes from dark roasted beans. Medium roasts include Full-City and Vienna. Flavored coffee is either sprayed or powdered immediately after roasting for best absorption of the added flavor. Just after roasting the oxidation process begins, and coffee is at its freshest.

Why is it expensive?

Kona coffee is often considered expensive for several reasons. Firstly, the price of the land where it is grown is expensive on the island. The overall production can be considered small and limited, so shipping costs can go higher. Another reason is that the beans are hand picked from the mountainous area. It takes about 3,000 beans for one pound of coffee. Agriculturally speaking, it’s an extensive process to create Kona coffee, which explains the overall expense of making this great tasting coffee. Before it reaches your coffee mug, each coffee bean is touched up around 40 times, which is another reason why it’s considered expensive.

Where can I get Kona coffee in New York City?

This is NYC, and you can virtually find anything your heart desires in the Big Apple! So, here’s a quick list of where you find Kona coffee in the city.

Kona Coffee and Company: In the East Village, this little place will give you a little piece of heaven when you taste their Kona coffee.

McNulty’s Tea and Coffee Co.: Established in 1895, you can choose your bean here by region, so they also carry the Kona Hawaiian beans.

Starbucks: Every coffee nerd’s place, Starbucks has been selling Kona coffee for quite a few years now. But don’t be surprised if it’s not in every New York Starbucks or if they run out of it every now and then since it’s a private reserve collection.

What to look for when purchasing Kona beans

If you’ve tried a cup or two before, you just might want to buy some beans all for yourself at home. So here are some pointers to get the right kind because not all Kona beans are created equal!

Pure Kona beans: If the package says a ‘Blend’ of beans, it might only contain 10% of pure Kona beans with a mix of other types of beans. Be careful because while Pure Kona Beans will be written loud and clear and you can’t miss it, the ‘blend’ might be in fine print.

Estate Kona Coffee: This is another classification that you will find. It means the beans are all Kona and produced from the same farm or planting area.

Not everything Hawaiian is Kona

Hawaii has other types of coffee beans. So be alert and know that not every type of coffee bean from Hawaii is Kona. The price should be a big indicator since Kona will be more expensive than other types, and a Kona blend will be cheaper than pure Kona. But for the coffee addict, every penny going into pure Kona is worth every sip!