Home Insights & Advice How Chingari is using Web 3.0 to empower its 35M+ user base 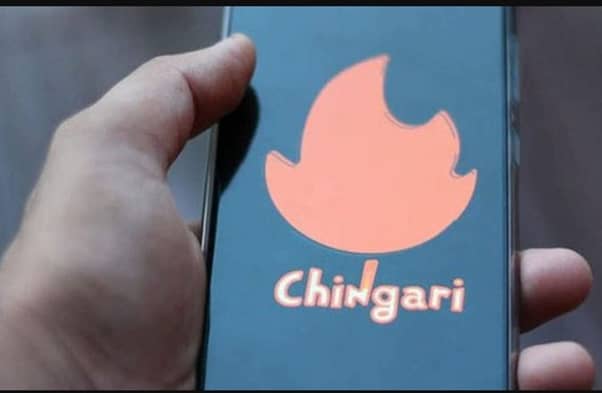 How Chingari is using Web 3.0 to empower its 35M+ user base

Web 3.0 is a term that refers to a new iteration of the internet, one in which blockchain systems allow for decentralization. Within these decentralized ecosystems, Web 3.0 affords users more power, never needing to work through a third-party platform. Due to this, web 3.0 is inherently a user-forward system, completely eradicating the need for intermitery parties.

With the movement towards user-driven ecosystems powered directly by blockchain, new companies have risen into the fray. Perhaps none of these has had such a dramatic and explosive beginning few years than Chingari, an Indian-based social-infotainment platform.

Chingari places focus on community engagement, having developed a decentralized system through which creators can actively earn themselves an income. In this article, we’ll be exploring Chingari, demonstrating how it’s unique technologies have empowered users, allowing them to capitalize on their following more than ever before.

Launched in November of 2018, Chingari is a short-video platform that allows users to upload videos to their own personal profiles. Other users can then see their videos, comment, like, and share them. Chingari’s mission is to provide a platform where aspiring creators and young influencers can make a name for themselves, building an audience and developing an online career.

Chingari had an incredibly successful first year after its launch. Focusing on the user base alone, in the first six months, Chingari broke through milestone after milestone, hitting 100k, 1m, 10m, 25m, and 50m. By the end of November 2019, Chingari saw 78 million unique downloads from the Indian Google Play Store.

After India banned TikTok in June 2020, Chingari saw another massive uptake, perfectly positioned to carry on the momentum that TikTok had been building. Currently, Chingari has over 70,000,000 users, with 35M of them actively using the platform.

With a national network of influencers all building up their social platform, Chingari has now turned its sights to empowerment, using its platform to give back to its users.

How does Chingari empower its users?

A central part of Chingari’s roadmap involves empowering its community of creators. Instead of stopping at giving them a platform and taking the majority of user profits, Chingari has radically shifted how they pay their creators. While platforms like TikTok pay their creator a small percentage of the total revenue from their videos, Chingari flips this concept, paying their creators the larger portion and keeping a small portion for themselves.

While this shift alone would represent a drastic change in how Chingari users earn money on the platform, this social media app has taken things even further.

By introducing the $GARI token directly into the app, Chingari has onboarded 35,000,000 active users into the cryptocurrency ecosystem. This process has instantly brought 35M people on-chain, integrating the currency into how the platform works.

By doing this, unique methods of generating $GARI have become available for creators, providing them a range of blockchain-driven methods of making money while also growing their audience. This strategy has allowed Chingari to put its users first, providing them the opportunity to make a living simply by using the application.

How does the $GARI Token work?

$GARI has become the main in-app token for Chingari, paying users in this currency and allowing them to use it to drive certain actions on the application. Currently, there are five key ways that the GARI system is integrated into the platform. These are:

Let’s break these down further.

Within the Chingari application, users will be able to make suggestions about new features they’d like to see. An example of this would be suggesting there should be an AR feature on the app, or further developing the music player that videos use.

From there, all users will be able to upvote or downvote these proposals. Once a proposal gains a certain number of upvotes, it will be vetted by a sponsored account. After that, it will enter into the voting panel, which will include all of the most popular proposals for a particular period.

Once on the voting panel, users will be able to vote for a proposal using $GARI, with $1GARI equalling one vote. As certain features gain more votes than others, the developers will be notified, with whichever feature is at the top of the list being the feature they next introduce to the ecosystem.

Due to this, Chingari ensures that community engagement and voting is a central part of the app’s development. New features that are desired by the community will arrive before anything else, further distinguishing the app as one that puts the community first.

Alongside traditional forms of cryptocurrency staking associated with $GARI, this ecosystem also allows users to stake their currency on particular influencers.

If a user finds an influencer they enjoy and that they believe will continue to gain followers into the future, they’ll be able to add tokens to the ‘Creator’s Pool’. If the creator continues to go up in value, then they’ll receive a beneficial payout ratio for the tokens that they’ve staked.

This feature cleverly incentivizes putting faith in influencers, helping to empower them by turning them into a valuable resource in the eyes of investors. Not only will an influencer gain a following, but they’ll instantly see rewards from that following by getting royalties based on the amount in their creator pool.

Users will also be able to use their $GARI tokens to buy interactions with influencers, further benefiting individual influencers trying to make a name for themselves. An influencer will be able to set prices on certain features, gaining currency by then fulfilling requests.

Some of the potential methods of commercialization that an influencer could use are:

These allow influencers to make an additional income on their platform, scaling the amount they receive based on the number of people that want a chat, video call, or message from them.

Considering that influencer marketing has grown from a market value of 1.7 billion in 2016 to 13.8 billion in 2021, it’s no surprise that Chingari is rife with influencer opportunities for advertisers. Understanding the demand, Chingari has developed an advertising option for individual influencers.

Last, but definitely not least, in the range of $GARI driven influencer features comes the ability to create a range of eCommerce opportunities. Chingari has constructed platform attributes that allow creators to make their very own NFTs or directly integrate eCommerce platforms into the Chingari application and sell merch.

Through these streams, creators are able to further boost their income and revenue. This feature helps influencers to create their own brands, capitalize on their audience, and further profit as they create on the platform.

With an impressive range of creator-driven features that actively help influencers earn $GARI, Chingari represents a new direction for social media platforms. Putting influencers first, Chingari empowers their user base, providing a set of tools that will enable them to make money on the platform.

As a holistic system, the intertwining of $GARI into Chingari has allowed users to take the platform into their own hands, creating an impressive space where the user base always comes first and can actively use Chingari tools to further develop their online careers.