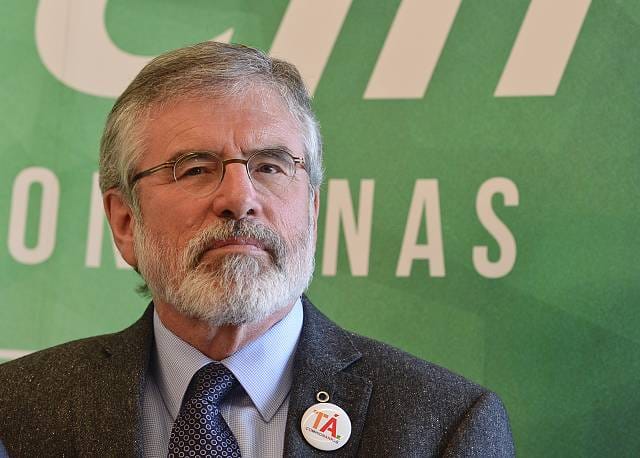 The latest on the DUP deal

Sinn Fein leader, Gerry Adams has spoken out about the ‘confidence deal’ between the Conservatives and the DUP, saying that this will cause a “collation of chaos.”

Adams said: “I would hardly call that sort of arrangement between the DUP and the English Tories stable.

“That’s the very least it is – it’s a coalition of chaos for the times ahead.”

“The issues are very very clear cut, they are all rights issues. They’re all the subject of previous agreements that all the party’s signed up to.

“We’re looking forward especially to the meeting with the DUP and the DUP leader. They too have had a good election and we congratulate them on that.

“I know their focus is on what’s happening in London and it’s very important to say that we don’t believe that any deal between the DUP here and the English Tories will be good for the people here.

“Any deal which undercuts in any way the process here or the Good Friday and other agreements is one that has to be opposed by progressives.”

He added: “It’s an interesting time in both British politics and in Irish politics. Remember the train coming down the track is Brexit and we all of us need to be match fit to face up to the responsibilities there.”

Tuesday Sinn Fein and the DUP are to meet to discuss restoring a power sharing agreement at Stormont amid strong fears that the impartiality of the British government will be compromised as it will be a conflict of interest if there is direct rule from Downing Street.