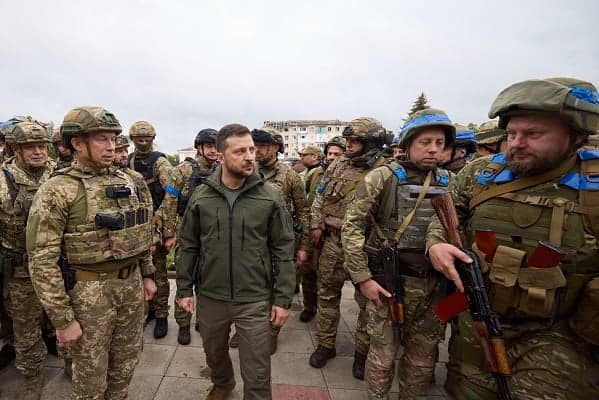 A former British military intelligence officer has said that Vladimir Putin has failed in his military objectives throughout ten months of war in 2022.

Philip Ingram has warned that for Russia it will get worse in 2023 and it may well be a “year of further Ukrainian counteroffensives and successes.”

Ingram believes that Ukrainian forces could have many more victories in 2023 and may well capture key cities including Severodonetsk, Melitopol and Mariupol.

Ukraine has recaptured more than half of Kherson which is a key region and should Ukrainian forces take back the port city of Mariupol this would be a hammer blow for Putin.

Ingram told Sky News, “If their next counteroffensive is as successful as the two they have done already – and I see no reason why it shouldn’t be – there’s definitely a strong possibility that they have recaptured all the territory in mainland Ukraine by the end of the year.

“So I think 2023 will be a year of further Ukrainian counteroffensives and successes.

“I think at that point we will be discussing the potential of operations to recapture Crimea.”

Putin is on the back foot and according to the Ukrainian Defence Minister Oleksii Reznikov, Russia will start another round of mobilisation in early January.

Reznikov said, “On the eve of New Year, I want to address the citizens o Russia who are liable for military service.

“First of all, this concerns the residents of big Russian cities. I know for sure that you have about one week in which there is at least some choice left.

“In early January, the Russian authorities will close the border for men, then declare martial law and begin another wave of mobilisiation.

“The borders will also be closed in Belarus.”

He then warned that the festive season will be ruined for Russian families as military officers will be “knocking” on their doors.

He said, “Today you are thinking on how to decorate your festive table and are making plans for the future.

“But under the chiming clock, you may not hear a knock on the door.

“It will be the military officer knocking.”