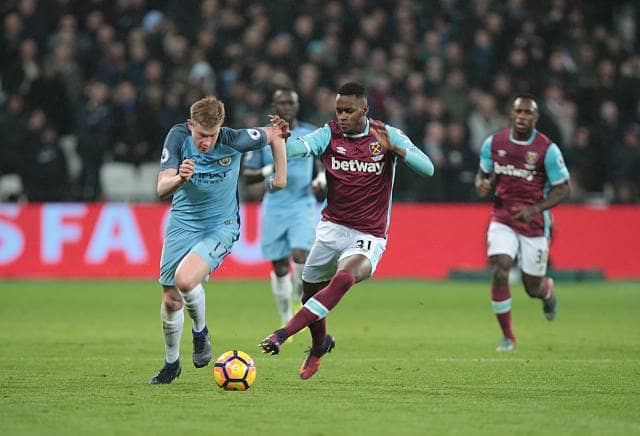 The fall in the value of sterling since the EU referendum has meant Premier League teams have paid out an extra £31.5 million with prices up by 17 per cent in the just closed January transfer window, according to analysis by Best for Britain who said some of the cost will be passed on to supporters.

The falling pound means Arsenal and Manchester City have nearly paid £17 million more between them on their winter transfer bill, the anti-Brexit group calculated.

Pierre-Emerick Aubameyang’s transfer to Arsenal could have cost £8.5 millionless if it was not for Brexit.  Other transfers that cost more due to Brexit are:

Other clubs who have had to fork out more due to Brexit are Southampton Town who have paid £2.7 million more and Tottenham who have shelled out £3.6 million extra to buy vital players in the transfer window.

Best for Britain believe the spiralling costs will be passed directly onto fans with higher costs on things like shirts, tickets and TV subscriptions.

Commenting on the research, Best for Britain champion and Treasurer of the All Party Football group Jo Stevens MP said:

“The pound has sunk in value thanks to the Government’s appalling mishandling of Brexit negotiations – a sign of the damage leaving the EU will do to our football clubs and our economy.

“No fan wants to see their club having to pay more for their January signings but that is what has happened.

“With wages squeezed and inflation increasing, fans paying out for tickets, club merchandise and TV packages want the most value they can for their money – a weaker pound means that just isn’t the case.

“This is yet another reminder of the real cost attached to Brexit and how those who already have less, end up paying more.”