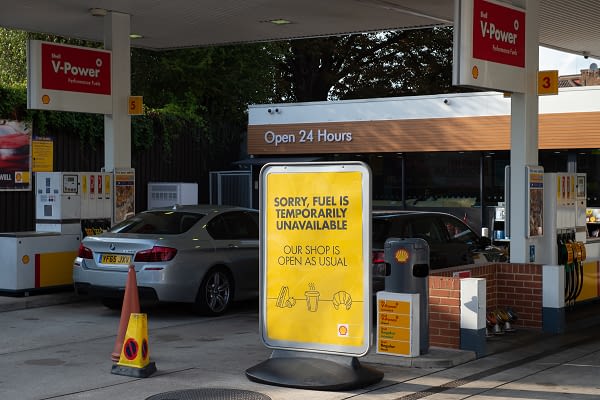 Foreign lorry drivers have said they will not work in the UK on a three month temporary visa and many others are not keen on the idea.

Polish lorry driver Jakub Borzykowski told ITV, “I don’t want to work on a temporary visa because I think of the future.

“If the government offers a 12-month visa, I could plan for my life, but three months is not an option.

The government has put the army on standby to help solve the fuel crisis, which comes as fuel supply problems persist that caused long queues and pump closures.

Up to 150 military tanker drivers will prepare to deliver to forecourts which have run dry because of panic buying.

But the industry has warned that drafting in the army and allowing EU HGV drivers into the UK with a three month visa will not end the fuel crisis.

The Petrol Retailers Association (PRA) chairman Brian Madderson said that military personnel have had some training “in the background.”

However, he warned this is not an “absolute panacea” as there is no “single lever” the government has to resolve the crisis.

However, Edwin Atema from the Dutch FNV union, which represents drivers across the Europe, said Johnson’s offer of temporary visas will not be enough to attract drivers back to the UK.

Atema told the Today programme, “On the short-term I think that will be a dead end.

“So more is needed, and I think the EU workers we speak to will not go to the UK for a short-term visa to help UK out of the shit they created themselves.”