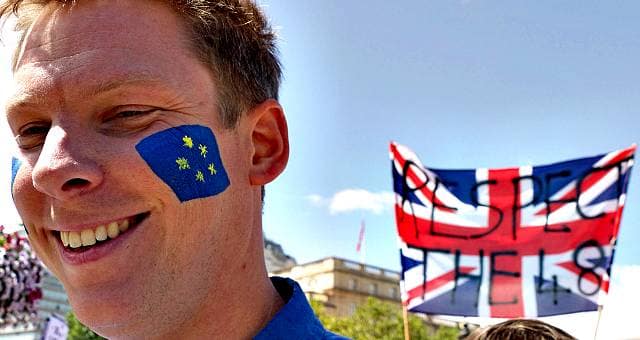 Britain’s loss would be Ireland, the US and Canada’s major gain

Last month’s Brexit vote could leave the UK devoid of foreign talent while tens of thousands of British jobseekers to look beyond the EU for work.

Data published by the world’s largest job site, Indeed, reveals that the share of Britons searching for work in the US jumped by 77% in the aftermath of the referendum result.

Not one of Britain’s mainland European neighbours featured in the top five overseas destinations for UK jobseekers. France, the most popular continental EU country, slipped from fifth place before the referendum to sixth place after it, attracting just5% of Britons’ outbound job searches.

Ireland sits third in the top countries Brits are looking to work in, attracting 9% share of outbound search, in large part due to its recent economic growth and concentration of high-skilled roles. At their peak, job searches from the UK to Ireland following the Brexit referendum announcement were 2.5 times higher than the average in the days before the vote.

Mariano Mamertino, economist at job site Indeed, commented: “We know from our data that Ireland was a major beneficiary of the post-Brexit surge. If the UK formally leaves the EU, Ireland becomes the main country with access to the common market where English is spoken as a first language by the majority of its citizens.

“Outbound search is levelling out somewhat when compared to the 48-hour period following the result, but remains elevated – particularly to Ireland where we’ve noted interest remains with a 22% spike compared to pre-referendum levels.”

“In a post-Brexit global war for talent, Britain’s loss would be Ireland, the US and Canada’s major gain, as employers in these attractive markets are well-poised to lure away a high-skilled workforce from the UK,” concludes Mamertino.