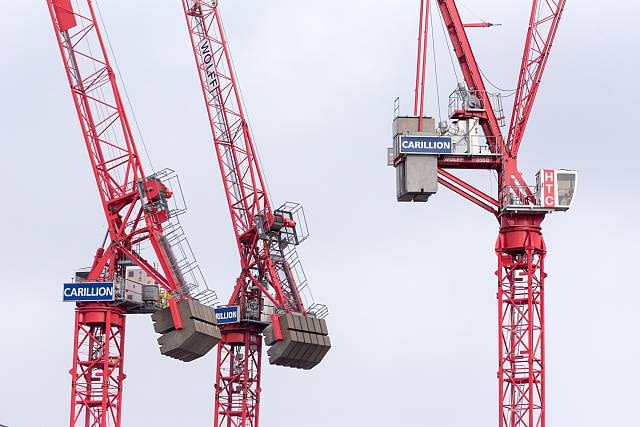 The collapse of Carillion was a lesson in the dangers of short-termism in public contracts. It’s therefore vital the right lessons are learned as partnerships between the public and private sectors are vital for the UK’s future prosperity and competitiveness.

A new public sector procurement report from the CBI and law firm Browne Jacobson highlights three areas where closer cooperation between government and industry can lead to improvements in public service quality and delivery, with a greater role for SMEs. The report’s findings echo a speech made by Cabinet Office Minister David Lidington at the Reform think tank on Monday, where he set out the importance of working with industry to improve public service delivery.

The report, Partnering for Prosperity, includes a survey of 253 companies involved in the delivery of public services and infrastructure. More than half of respondents said cost was the driving factor in awarding government contracts, highlighting the need for the creation of long-term partnerships rather than short-term cost savings, the report says.

Greater consistency in embedding good commercial practices right across the public sector would help to augment the good progress made at the heart of government by the Crown Commercial Service, the report adds.

And combating complexity is also key to removing barriers to entry for SMEs. Latest figures for 2015/16 show that SMEs benefitted from £5.6 billion in central government direct spending – an improvement of around 20 per cent compared with 2011/12 when the figure was £4.5 billion. Major upfront costs reduce competition and make bidding for contracts unattractive for SMEs. The report found 28 per cent of respondents thought public contracts were more accessible to SMEs since 2015.

Removing cost and complexity will allow providers to invest more in innovative products and services that can make a real difference, for example using AI to improve prevention in healthcare, saving people’s lives and taxpayers’ money.

The new report coincides with the first meeting of the CBI’s new Public Sector Partners Council, bringing together senior figures from across industry and government to address these issues. John Manzoni, Chief Executive of the Civil Service and Permanent Secretary at the Cabinet Office, will be attending.

“Partnerships between the public and private sectors play a vital role in providing prosperity across all UK regions and nations. The vast majority are successful, delivering jobs, supporting innovation, and providing Britain with a competitive advantage.

“For this success to continue, these partnerships must evolve to meet the challenges of the 21st century. So the government should work with its suppliers to focus more on long-term value rather than just short-term costs.

“In the aftermath of Carillion’s collapse, it’s essential for industry and government to learn the right lessons so public services and people’s jobs are protected.

“That means relying on evidence from industry on how to improve public service quality and delivery while getting best value for taxpayers.

“By working better together, industry and government can help restore the public trust in public sector partnerships with the private sector and make them work better for all concerned.”