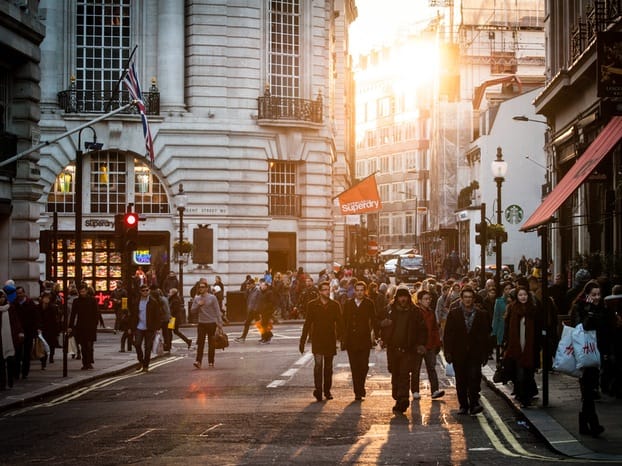 Consumer spending rises 5.1 per cent as sunny bank holiday brings shoppers back to the high street

Consumer spending grew 5.1 per cent year-on-year in May – the highest level recorded since April 2017 – driven by a strong rise in in-store spending (2.6 per cent).

Data from Barclaycard, which processes nearly half of the nation’s credit and debit card transactions, shows that hot weather over the Early May Bank Holiday encouraged shoppers to head out and about, bringing good news to the high street.

This rebound in expenditure also saw non-essential spending growth reach a 14-month high of 4.6 per cent, with the warm weather boosting fortunes in clothing (5.8 per cent) as shoppers updated their wardrobes. In particular, spending on women’s clothing rose 2.9 per cent – the first increase since June 2017.

In a stark contrast to the negative impact of the ‘Beast from the East’, the hottest Early May Bank Holiday on record boosted spending for many retailers. During that time, Brits spent 19.7 per cent more in DIY stores and 10.1 per cent more in supermarkets compared to the same long weekend in 2017. Garden centre spending rose 50.3 per cent over the three days, which led to the category bouncing back to 23.8 per cent growth overall in May.

Pubs also performed well, rising 19 per cent during the long weekend as Brits flocked to pub gardens to make the most of the sunshine. This boost led to pub spending reaching 12.5 per cent overall growth in May, returning to levels last seen in January.

The experience economy looks poised to hold strong as better weather sets in, with many consumers set to adjust their spending accordingly to make sure they don’t miss out on the summer’s top sporting and music events. Nearly a quarter (22 per cent) of Brits intend to spend more on experiences this summer: of these, more than a third (35 per cent) plan to visit specific events such as festivals, while 20 per cent say major sporting events are likely to draw them to the pub more often than usual.

Despite Brits allowing themselves to enjoy the sunny weather, a degree of caution remains. While maintaining the overall steady levels seen earlier this year, the number of consumers expressing confidence in their household finances has weakened slightly to 57 per cent, down from 62 per cent in April. What’s more, despite inflation falling to a 13-month low in April, fewer than one in 10 consumers (9 per cent) feel they have experienced a positive impact on their spending power.