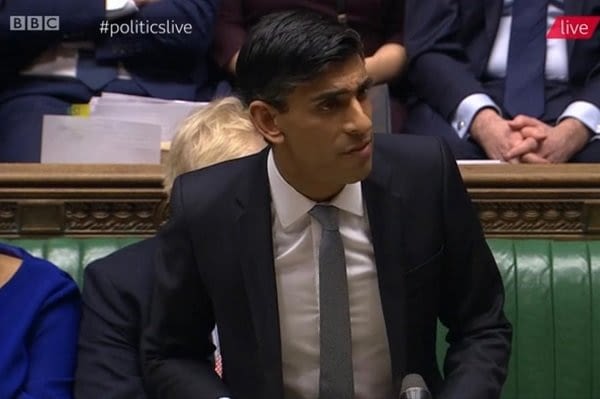 Chancellor of the Exchequer Rishi Sunak has announced to the Commons on Wednesday, companies will be paid £1,000 to take on trainees.

The “kickstart” scheme for young people will be given £2bn and there will be no cap over the number of places available.

This scheme will pay companies to create new jobs for those aged between 16 and 24-years old, to prevent youth unemployment, with working hours being a minimum of 25 hours per week and must be paid no less than the minimum wage.

Sunak pledged £100m to fund places in what he described as high-demand sectors, such as engineering, construction and social care.

The Chancellor also told MPs that he pledges £1.2bn Department for Work and Pensions in an attempt “to support millions of people back to work.”

Employers will be paid £1,000 per employee if they bring back to work furloughed staff under the Jobs Retention Bonus.

If all 9m people who are furloughed go back to work, then this will cost taxpayers £9bn. Sunak made it clear that the furlough scheme “cannot and should not go on for ever,” so it will be run down until October.

Fred Flack, Head of Talent Academy at CloudStratex said, “With the UK economy forecast to shrink by almost 10% this year and unemployment to rise by at least the same amount, it is clear that investment in skills and training will be vital if we are to rebound from our present economic slump and see the first green shoots of recovery.

“Therefore the Chancellor’s “Summer Budget” which is set to increase the number of apprenticeships and sector based work academies’ for high demand sectors is to be commended.

“If UK businesses are to remain competitive they clearly need highly skilled, competent individuals, especially if they are technically literate. Afterall, technology underpins key sectors such as finance and banking. health, retail, and manufacturing, which bolster the UK economy and ensure our global success.

“Most importantly though, the Chancellor has thrown a lifeline to many vulnerable young people who need support and training now more than ever, if they are to become the next generation of business technologists and leaders.

“While we have yet to see the full details of what has been announced, and how it will work, what we know so far is certainly a step in the right direction. That being said, the skills agenda has long been a problematic issue for the Government and we need to see concrete action rather than lip service being paid to resolving it.”