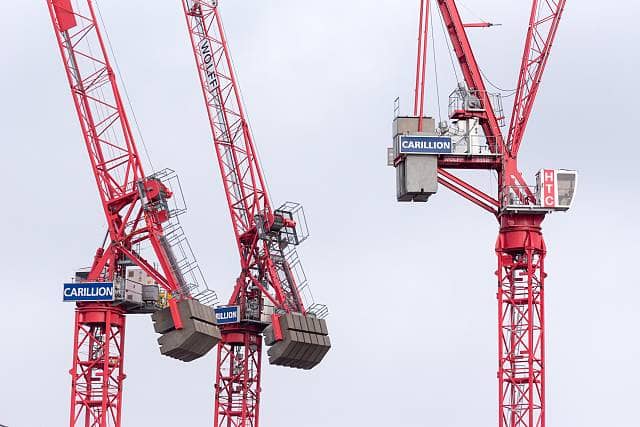 Ahead of the launch of the final report of their inquiry into the collapse of Carillion this week, the Work and Pensions and BEIS Committees are today publishing evidence from Santander, the bank which operated Carillion’s Early Payment Facility.

Despite being signatories of the Prompt Payment Code, Carillion were “notorious late payers” who forced standard payment terms of 120 days on its suppliers. The EPF  – also known as “reverse factoring” and “supply chain financing” – allowed suppliers to be paid earlier: at the price of taking a discounted payment.

Two major credit ratings agencies, Moody’s and Standard & Poor’s, have claimed that Carillion’s accounting for their EPF concealed its true level of borrowing from financial creditors.  They argue the EPF structure meant Carillion had a financial liability to the banks that should have been presented in the annual account as “borrowing”. Instead Carillion choose to present these as liabilities to “other creditors”. Moody’s claim that as much as £498 million was misclassified as a result.

Carillion’s financial statements did not highlight the EPF, but some analysts spotted it.  Carillion’s board minutes in April 2015 refer to “disappointing” analysis by UBS that had factored both the pension deficit and the EPF in Carillion’s total debt position. The May 2015 minutes state that shorting of Carillion’s shares was up significantly and that the “bulk had followed the UBS note in March”.

Santander finally withdrew the discounted early payment facility in December 2017. Although it was just weeks before the company was forced to apply to for liquidation, Santander’s decision to terminate this facility has featured on the long and varied list of factors Carillion’s directors have attempted to blame for its demise. In the letter published today Santander describes the series of events which “undermined Santander’s confidence in Carillion’s financial position”, including “lack of progress with the restructuring plan” that Santander had provided new bridging finance for, and the expected “detailed business and restructuring plans” being further delayed.

The bank’s “outstanding exposure to Carillion in relation to the invoices purchased from suppliers under the programme is £91 million”- this amount is “separate from Santander’s committed exposures to Carillion for which we have taken significant additional bad debt provisions.”

Rt Hon Frank Field MP, Chair of the Work and Pensions Committee, said: “Carillion displayed utter contempt for its suppliers, many of them the small businesses that are the lifeblood of the UK’s economy. The company used its suppliers as a line of credit to shore up its fragile balance sheet, then in another of its accounting tricks ‘reclassified’ this borrowing to hide the true extent of its massive debt. This knocks down for good the stance of the Carillion board that whingeing and blaming others can be any defence.”

Rachel Reeves MP, Chair of the BEIS Committee, said: “The collapse of Carillion left small businesses and sub-contractors out-of-pocket with many left unpaid for months and facing ruin. It’s a bitter irony that while Carillion were fully signed up to the Government’s Prompt Payment Code, they were making their suppliers hang on for 120 days or more to be paid. Carillion’s early payment facility ripped off their suppliers, forcing them to accept a cut in what they were owed, and was a blatant attempt by Carillion management to prop up their failing business model”.