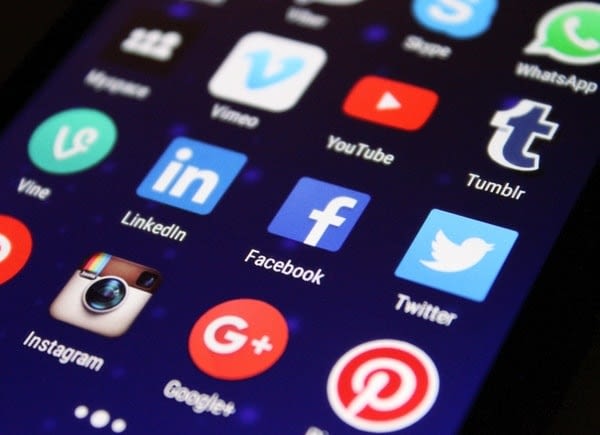 “DDos” stands for Distributed Denial of Service. This is an attack on a server that floods the server with requests, more than it can handle, which then crashes the site or service. The result is the shutdown of websites and services, loss of revenue, and sometimes identity theft due to leaks in databases.

Sites have begun using reCAPTCHA as part of their security measures against DDoS attacks. reCAPTCHA is a popular anti-bot tool used by large sites. It is also used by smaller businesses using WordPress CAPTCHA plugins since they are effortless to set up without any knowledge necessary about the programming language PHP.

reCAPTCHA is a security tool that verifies whether you are human or not. It does this by having you type in what you see in the image, then it sends that to Google for verification and tells you if it’s right or wrong. There are two words here: Human and CAPTCHA.

The first word, Human, is essential because reCAPTCHAs main goal is to let real humans pass through but block automated scripts.

A DDoS attack uses automated scripts to send hundreds of thousands of requests at once, which crashes a website’s servers when they cannot handle all the requests coming from many different IP addresses at once. By blocking these automatic requests, reCAPTCHA is preventing DDoS attacks.

The second word, CAPTCHA, is important because it stands for Completely Automated Public Turing test to tell Computers and Humans Apart.

When reCAPTCHA first came out in 2000, it was much easier to read than the old version of CAPTCHAs because now they are words instead of distorted text like the original ones, which prevented many people without perfect 20/20 vision from passing through.

This means that even if you have poor eyesight or are color blind, Google has made it so you can still pass through with ease by adjusting to your needs.

By blocking DDoS requests using an automated script blocker like reCAPTCHA, sites can protect themselves from the effects of a DDoS attack. Sites that have been victims of a DDoS attack have reported that it took them down for many hours or even days. Some sites say even weeks.

Being offline for an extended period hurts a website’s ranking in search engines and possibly their reputation if they cannot handle an increase in traffic during busy times such as holidays.

ReCAPTCHA is not 100% effective but is still significantly more manageable than other security measures such as WAFs (Web Application Firewalls).

WAFs require extensive knowledge about programming languages like PHP, making it more challenging to implement onto sites than CAPTCHAs do not require any technical knowledge whatsoever. reCAPTCHA is also free to use and works quickly, which means no major financial issues may arise.

Sites should not rely on just one security measure to protect themselves (such as reCAPTCHA) but should implement multiple other security measures along with it. This way, if attackers find a way around their first line of defense, they still have others to rely on.

It’s like locking your front door, putting bars on the windows, using an alarm system, and so on. You never know when someone will try to break in or what method they will use, so you must take every possible step necessary to protect your home.

Setting up a reCAPTCHA is very simple, especially on most WordPress CAPTCHA plugins since they have a GUI (Graphical User Interface), making it easy for anyone to set one up. The only tricky part of reCAPTCHA is installing the extension onto your site if you use a home-built website, not a WordPress CMS.

After installation, there will be an input box with two words that users must pass through by clicking on them or typing them into text boxes before allowing access to the page they want to go to.

Google recommends making sure that your captcha form is accessible from as many locations as possible since bots can now sign into accounts and fill out forms just as a human would.

This way, attackers will not be able to sign in to your site and fill out forms due to reCAPTCHA’s advanced account restriction feature requiring users to enable one of their accounts before signing in.

If you haven’t implemented reCAPTCHA on your website and want to prevent DDoS attacks, now is the time!

ReCAPTCHA is a good alternative to protect your website from spammers. However, they can be annoying at some point. Here’s a list of reCAPTCHA alternatives that will make the spammers lose their hope of gaining access to your site.

Invisible captcha is quite different from reCAPTCHA as it stays on your website without getting noticed by the user. No matter how many times someone tries to enter the wrong data, this invisible captcha will not show any errors or distractions on your site so that only genuine users can access your site easily.

At the same time, robots get lost trying incorrect keys over and over again.

This captcha alternative provides its random delimited code that looks like a barcode that the user needs to scan using their phone. You would ask why you need to scan a code that seems like another random image, but the answer is simple.

Unlike other captcha alternatives which use distorted text as an answer, this alternative provides barcode-like images which OCR or any other software can’t read. Thus, it becomes impossible for spammers and hackers to gain access to your site without permission.

According to Wikipedia, “A honeypot in computer security is a trap set to detect, deflect, or in some manner counteract attempts at unauthorized use of information systems.” It means that when robots scan your website for vulnerabilities, they get caught in the honeypots instead of the actual content displayed on your site.

So, in other words, this captcha alternative is used as a trap to block the spammers.

This technology provides users with a 2-step verification process that requires you to enter your password and code generated on the smartphone (Google auth app). A user will be forced to provide at least one correct answer, or else they will not be able to access your site.

And if someone tries hacking into his account, you can always track it because the Google auth app issues time-dependent codes continuously (10 times per second by default).

So these were some of the best reCAPTCHA alternatives that are currently being used by many websites. You might already have heard about these technologies, but now you know how they work and how effective they are against spammers. Try them out!