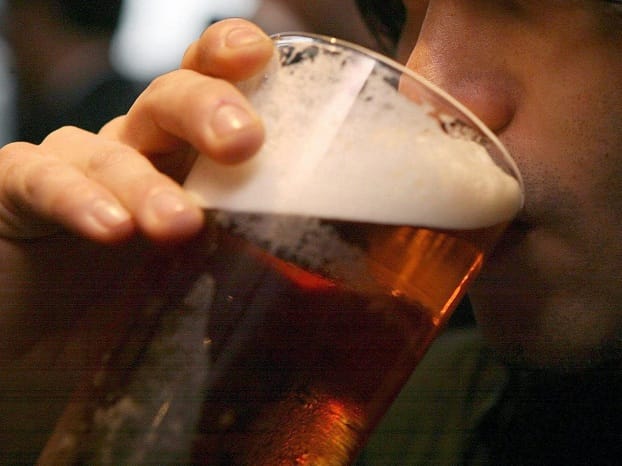 Brown's beer: Alcohol Concern is wrong. We're not a nation of binge drinkers

Ah, January: time of bleak post-festive comedowns, diets, guilt, resolutions and detoxes, and dishonest media stories about how we are drinking ourselves to death.

Alcohol Concern is urging everyone to have a dry January. Nothing wrong with that as far as it goes – I have a dry January every year. Doom-mongers are always quick to point out that it doesn’t work – a teetotal month is not enough to repair a damaged liver and you need to change your behaviour on an ongoing basis. Self-appointed experts scream every January that there is no such thing as a ‘detox.’

I don’t care. I lose weight, I sleep more soundly, I have more energy, and I feel better. It also resets my drinking for the rest of the year – once I hit the bar again, I drink more moderately than I did before. I’m astonished when people who have never met me decide they know better than I do and that none of the above actually makes any difference to my health.

So I’m all for a dry January. It’s an occupational hazard that I drink more than I would like over the other eleven months of the year, and this helps counter that.

But beyond this point, Alcohol Concern and I part company. The website that they have created – which I refuse to link to from this article on principle – is full of statistics on the health and societal dangers of alcohol. Not a single one of these statistics has a source given on the website. That’s because the vast majority of them are twisted at best, and are at worst outright lies.

As Britain’s binge drinking problem continues to recede (and I’ve written various LondonlovesBusiness.com columns which prove that it is, in fact, receding) the case for tougher controls on alcohol becomes weaker. A combination of social factors, changing attitudes to alcohol and overall health, and existing legislation is having the effect on our drinking behaviour that groups such as Alcohol Concern claim they want to see. But they don’t want you to know this, because they ultimately want far greater controls over the availability and consumption of alcohol than we have now, whether we need them or not, even though the evidence linking availability and overall consumption to drink-related harm is flimsy at best.

I have asked Alcohol Concern to provide sources for their claims.  They have ignored these requests.  I believe this is because if they revealed what their claims are based on, those claims could be ripped apart like wet tissue paper.

What makes me most angry about the lies and distortions from a body that claims to be concerned about alcohol-related harm is that by deliberately misrepresenting the problem, they confuse our understanding of what the real problem is and what the real causes of it are.  And by proposing solutions for a partially fictitious mass problem, they take the debate way from how we can help the minority that desperately do need help.  In my view, for Alcohol Concern to do this deliberately is both hypocritical and morally repugnant.

So if you feel like giving your liver a rest, by all means do a dry January – or any other period of the year.  And if you feel like being sponsored to do it, go ahead.  Just don’t do it for Alcohol Concern, who want you to raise money for them to spread more dishonest propaganda.  You could join in the far less sanctimonious and more honest campaign being run by Cancer Research instead (http://www.dryathlon.org.uk/).

Alcohol Concern are not the only ones at it of course – there’s been widespread reporting this week of new research (which isn’t new at all) which suggests that safe drinking limits should be revised downward to a mere quarter of a pint of beer or 50ml of wine a day.

Despite the fact that this was based on mathematical modelling rather than actual research among drinkers, and despite the fact that there are a great many studies – which did use drinkers – that have found moderate alcohol consumption to be healthier than both heavy drinking and teetotalism, this sensationalist headline has been widely reported without being questioned.

It’s old news that the current daily ‘safe’ limits were, in the words of one of the committee who set them, “plucked out of thin air” because of a lack of firm data on alcohol-related harm.  These limits have already been slashed once since their introduction, and there’s wide agreement that they should be reviewed. But in our paranoid, morally panicked age, ‘review’ seems to have become synonymous with ‘cut yet again’.

Some of us do drink too much.  And when we do, our health will suffer.  But drinking – sometimes to excess – has a vital role to play in our culture.

What the binge drinker doesn’t understand is that you can’t get lashed two or three times a week, every week, without facing consequences.

But what the neo-prohibitionist fails to understand is that getting drunk every now and then – at Christmas, on holiday, at a wedding – is, for the vast majority of us, a healthy thing to do, mentally if not physically.

Throughout history, societies have always built feast days and festivals into their calendars as a relief, a pressure valve to let off steam from the pressures we normally live under.  And most of us know that moderation, with the occasional blow out, is a good thing overall.

We drink far less now than at pretty much any point in our history.  To read the neo-prohibitionists, you have to wonder how they think we ever progressed from the Stone Age.

Pete Brown is the author of the newly published Shakespeare’s Local, an amusing romp through six centuries of history through the George Inn near London Bridge, watering hole to Chaucer, Dickens and the Swan of Avon. It is currently Radio 4’s book of the week. Pete is also celebrating being crowned Beer Writer of the Year for a second time.

Festive ales and ciders to have you singing Hallelujah

The government seems to hate beer. Here’s how it can prove me wrong