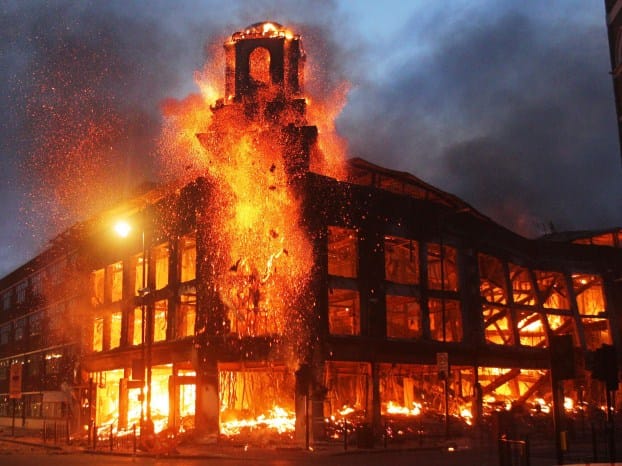 In a bid to ensure Tottenham never sees another wave of violent unrest, Boris Johnson today backed a radical report looking into the riots.

The report, ‘It Took Another Riot’ is led by property developer, Sir Stuart Lipton and recommends creating a “dedicated organisation” to regenerate Tottenham. The north London area was gripped by the Broadwater Farm riots in 1985 and again in August 2011.

Sir Lipton said: “Tottenham is a place which has been forgotten over the last 50 years. There hasn’t been the drive to make this place into a community again.

“More money is required because no capital has been spent here for decades apart from the Victoria line. New housing is needed, new employment, buildings, new green spaces. If you go through Tottenham it looks neglected and if a place looks neglected, its people feel neglected.”

The 12 recommendations of the report are:

5.       Focus on reducing unemployment with youth training, enterprise support and the construction of uplifting new workplaces available at subsidized rents

7.       Transport links must be redesigned to serve the area, not just pass through it

8.       Improve relationships between the police and the local community

9.       More recreational facilities must be built in Tottenham

10.   Adopt the ‘Troubled Families’ programme, giving counselling and support to families in need

Speaking about the report, Boris Johnson, said: “What happened in Tottenham last year was a wake up call to us all and I am determined that those scenes should never be repeated. There can be no doubt that Tottenham needs greater support in grappling with the challenge of delivering jobs and improved infrastructure and this report details the challenges we face to achieve this.

“The idea of a new organisation to help drive forward lasting change in Tottenham is particularly compelling and one that I will be looking at closely. I’d like to thank Sir Stuart and all of the team who’ve worked hard on this report, which puts renewed focus on a part of London that has been overlooked for far too long.”

The London Riots: one year of despair and resilience for businesses