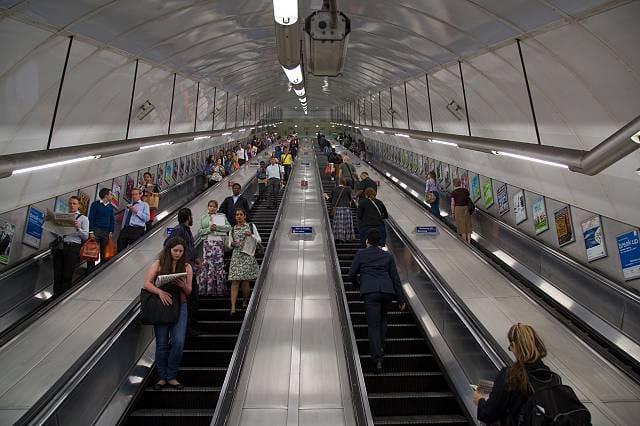 There are now just four weeks to go until the public consultation on Holborn station redevelopment plans closes on 17 November 2017. Bee London, the Business Improvement District for Holborn, Bloomsbury and St Giles, is calling on local workers, businesses and Londoners to be part of this consultation and have their say in shaping the future of this vital transport hub.

The changes proposed at Holborn will provide a much-needed solution for businesses, local workers, visitors and residents, alleviating the pressure on the station’s Kingsway entrance, providing better access to workers and visitors with disabilities and removing the need to hold people outside the ticket gates to ensure customer safety. Proposed changes include the installation of a second entrance at Procter Street, lifts to provide step-free access and more space to change between trains.

Tass Mavrogordato, CEO of Bee London, says: “After many years working with Transport for London and the Mayor of London to secure essential upgrades to Holborn station, we are delighted that the plans to redevelop this major station are now at consultation stage. We know that businesses across Midtown, encompassing Holborn, Bloomsbury and St Giles, see this as a major step forward for the area and one that we and the businesses we represent have been working towards for many years.”

Holborn station was last upgraded in the 1930s from its original design in the 1900s. Today, it sees over 186,000 passengers every weekday – set to increase 50% by 2031. Until now these travellers have had to endure lengthy queues, sometimes up to 25 minutes.

A major centre for growth, Midtown has a rich business community from global tech giants such as Google and Yahoo, to many of the city’s most prestigious law firms, which sit side-by-side with cultural landmarks including the British Museum and world-famous academic institutions such as LSE. The area plays a pivotal role in driving forward the capital’s economy and is a hub for investment, with international and domestic developers choosing to invest heavily in the area over the next decade.

“The upgrades to Holborn station are essential to ensuring the future prosperity of Midtown”, says Mavrogordato.

“The arrival of the Elizabeth line next year will bring thousands more people into this thriving area, and though extremely welcome, it is vital that we see the delivery of these proposed improvements. We know that these upgrades will inevitably mean significant disruption to local roads, including the closure of Proctor Street for up to four years; however the benefits will be felt for many more years to come.

“We have one chance to get this right and the significance of Holborn station cannot be understated. We must make our voice heard and make sure that the Holborn station transformation takes place and that the improvements being made are the right changes for business, residents and visitors alike.”