Home Business News Ask Clem: "If forex is a zero sum game, why is it so popular with traders?" 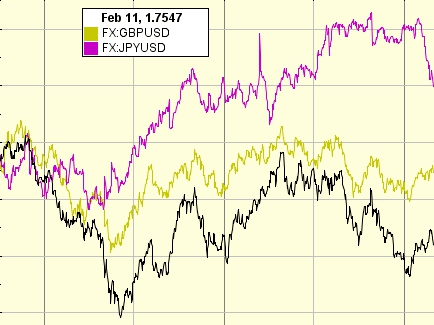 Ask Clem: "If forex is a zero sum game, why is it so popular with traders?"

Leverage and meddling are why, replies Clem Chambers, founder of stocks website ADVFN.com

Forex is said to be a zero sum game. The idea that for every winner there is a loser, and the profits won by some players match the sums lost by others. This makes the game hard for the players to make a profit from.

A positive sum game has money entering the game so in theory everyone can win. “Positive sum” is the equivalent of agriculture, where chickens lay eggs and corn grows, bringing more to the game with every day. Barring hurricanes and plague, all farmers can in theory make money year after year. There does not have to be a loser for each winner.

As Forex is a zero sum game it means it is much harder to play; more like war than farming.

Sadly it is not even a zero sum game; it is a negative sum game. The money in the game is draining away, in this case to the brokers, so that if the players play long enough all their money ends up with the brokers and they end up with none.

This is the experience of most Forex traders; accounts with an average 3 to 6 months life-cycle.

The main reason for this is leverage. In Forex trading the trader is given sometimes up to 500 times his money to play with, so long as he doesn’t blow his deposit. Leverage is the secret killer of trading, the more leverage you have the closer they are to doom. In the end, given enough leverage, a trader is doomed to guarantee failure.

Think of leverage as the proximity to the cliff edge you are dancing near. At some point you get to close and you will fall off.

So why do people trade Forex?

Firstly because of the leverage. Forex, on paper, seems to offer a mechanism to make tonnes and tonnes of money like the invincible trader in my thrillers, “The Armageddon Trade,” and “The Twain Maxim”. With 200 times leverage and £1000 you can become a millionaire very quickly if you can see the next 5 minutes of action before it happens. Sadly that’s not a gift anybody has.

Secondly Forex is, alongside commodities, the fastest game in town – an irresistible lure to all speculators and their twins, gamblers, brave enough and to sit down at the table.

Thirdly, if you think you know the long term trend of a currency, and who knows you might have the insight, you can get huge exposure to that move with only a little money down. This offers an exceptional upside even with a dramatic risk attached.

In the era of monumental currency manipulation by governments around the world the market has lost lots of its randomness. This suddenly might make Forex speculation a kind of positive sum game.

If you can predict the trend of the Euro, Pound, Yen or dollar, the central banks and their masters are going to try and dictate, then a Forex account becomes a speculation tool like no other.

You too can be one of those evil speculators pushing Greece into bankruptcy or jumping on the trend set by the ECB. It might be a negative sum game when the market is normal but when the central banks of the world are pouring their newly printed trillions into the inferno of bailing out their system you do have a chance to cash in big!

The whole circular effort to rescue states from unsustainable debt is a predicate of currency manipulation and central banks will spend fortunes in the effort. This is the money coming to the Forex table: gigantic public sector stupid money, set to wreck economics as we know it.

So perhaps some leverage can be your friend for a change after all.

Clem Chambers is the founder and chief executive of ADVFN.com, which offers stock quotes, charts, news, Forex, futures & options and stock screeners on more than 70 stock markets worldwide. He is also the author of 101 Ways to Pick Stock Market Winners.

Ask Clem: “Are AGMs ever worth attending? They sound unbelievably dull.”

No-Nos! The four types of firms you should never invest in