Home Business NewsTech News AdMan: Why you should stop p*ssing about and learn to code 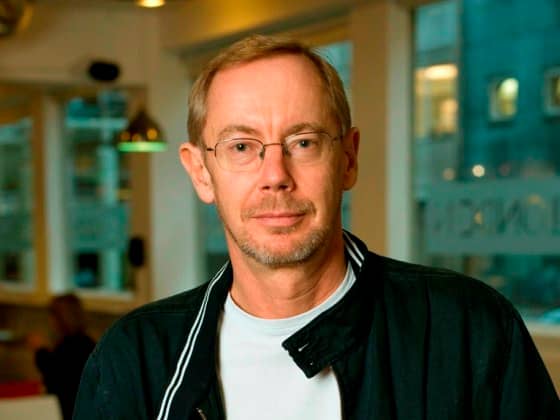 AdMan: Why you should stop p*ssing about and learn to code

I first realised there was a problem with the ad industry embracing digital technology when I was having a slash one day in 1993.

I know what you’re thinking – and it was nothing to do with Dyson hand driers.

I was judging the British Television Awards at the time, well, not strictly at the time. If I’d been urinating while attempting to mark the entries that might very well be construed as a dereliction of duty.

Or as somewhat over-critical.

No, it was during a break and I was foursquare onto a urinal when the owner of one of the best agencies in London wandered in.

We started talking and I offered the opinion that computers were going to change our industry. At my own agency, we’d put computers on the desks of all 70 staff and given them each 10 hours of one-to-one tuition.

“We’ve got one of those,” said my peer. (And that word can be pronounced in a couple of different ways.)

“We let the art directors play with it, but I can’t see it catching on”.

My colleague, not noticing that I’d sprinkled his brogues in surprise, went to wash his hands.

But that’s the problem with bosses. They’re usually the sort of people who can only ever imagine spending another five years in the industry, so any innovation can safely be pooh-poohed on the basis they’ll be well on the way to their leaving party if the new thing does catch on.

So when digital arrived, the traditional agencies did… nothing.

They couldn’t have done less if they’d been comatose with alcohol poisoning. Which, as it happens, some of them were.

Eventually, as clients started coughing and suggesting this thing called the internet (which was the best tool ever for communications, for commerce, and for creativity), might actually be rather useful in an industry dedicated to creative commercial communications, agencies started to wake up.

They started reading a few articles and that was about it for five years.

And then a wave of digital specialist agencies launched in the mid-noughties and started to eat their lunch, nick their business and piss on their parade. In fact, let’s mix metaphors instead: they generally pissed on their foie gras.

And so the agencies finally responded. Not by learning what digital was about – that would have seemed far too much like hard work – they just bought people who did.

As a result they created a culture of people who talked the language and people who didn’t. And hoped it would work.

Like the Tower of Babel worked. Even now, a lot of ad folk don’t really want to get stuck into digital.

I know this because my company Decoded offers digital training, “code in a day” as I snappily describe it, and people from a great many industries have done the course.

Our client list stretches from the BBC to Talk Talk to Unilever to Paddy Power to The Guardian.

Some of them are quite anxious. Pretending to know something when you don’t is incredibly stressful. Like those nightmares where you go into the exam hall and suddenly regret spending the last six months getting stoned.

As someone put it to me recently, she felt in most meetings as though she was merely “one question away from disaster”.

Hence Decoded.  We teach groups of 10, with two very empathetic and supportive trainers. (Check out our testimonials at www. Decoded.co)

In the morning we teach the history of the web, and then the theory behind the three key languages you’ll need to understand; HTML5, CSS3 and Javascript.

In the afternoon, everyone sits down at a Macbook Air and makes a mult-platform app with geo-location.

Nobody gets left behind and everybody feels like they “get” it.

80% of people who do the course won’t go on to code stuff, but they can all brief better and take part in conversations, meetings and workshops without feeling like they’re scuba-diving on a planet full of hostile pink rubber 6ft penguins.

The thing is, contrary to general belief, coding is for anybody.

And that’s good because the internet is the most democratising tool ever invented. It’s possible to learn this stuff, and it’s also great fun.

Right now, we’re the only people in the world doing it face-to-face in this way.

Someone on the course said to me: “if you don’t understand code, I used to think you were just out-sourcing design. But actually you’re outsourcing a lot of the thinking.”

Because code is the creative and commercial language of the future.

So please feel free to join in. You’ve got a choice. You can wander around among the smoke and bullshit. Or you can roll up your sleeves and get your hands dirty. Sorry, that metaphor isn’t working. Makes it sound like you’ll be up to your elbows in bullshit.

Let’s just say, you can watch the future happening. Or you can help to create it.

If that sounds too trite and sell-y, I apologise. But you know what they say, once an adman…

AdMan: Martin Sorrell, Charles Saatchi and the fall of Cannes

AdMan: The quality of nipples in advertising

AdMan: What business can learn from a sparrow’s testes

AdMan: Meetings – one of the most pointless things in business

Steve Henry was founder/creative director of Howell Henry Chaldecott Lury, the agency voted Campaign’s Agency of the Year three times and Campaign’s Agency of the Decade in 2000. He has won most of the major creative awards, including the D&AD Gold Pencil, the Grand Prix at Cannes, the Grand Prix at the British Television Awards, and the President’s Award at Creative Circle (twice).

In 2008 he was included in Campaign Magazine’s inaugural Hall of Fame, a collection of the 40 most influential people in British advertising over the past 50 years. He now works as a creative consultant.

Steve has just launched Decoded, a ground-breaking programme that promises to teach anybody code in one day.