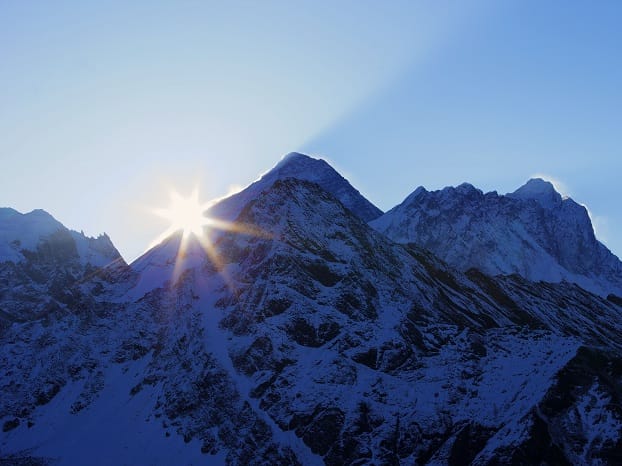 Himalayan glaciers have receded drastically over the last 20 years due to climate change. At least 30% of the glaciers are expected to melt by 2100 even if climate change action succeeds in limiting global warming to its upper safe limit of 1.5°C. The ice loss will rise to 70% if no action is taken to cut emissions. This could have serious consequences for almost 2.5 billion people in India, Pakistan, China and other nations.

Ladakh, known as “Little Tibet”, is an Himalayan region located in northern India. Ladakh is a cold desert in the rainshadow of the Himalayas where inhabitants survive on glaciers to provide them with water.

Over the last 15 years, Ladakh has become one of the top tourist destinations in India with nearly 300,000 tourists visiting the region each year. “There has been a boom in the construction of new hotels and guesthouses,” says Stanzin Gyatso, director of a local travel agency in Leh-Ladakh. “These hotels use flush toilets instead of traditional dry toilets and this puts a lot of pressure on the water resources.”

“Glaciers in Ladakh are melting not just because of global warming but also because of local pollution from vehicles, especially diesel vehicles,” explains Sonam Wangchuk, a Ladakhi engineer. “The exhaust particles released by vehicles settle on the glaciers; the white glaciers become darker, absorb more heat from the sun and melt faster.” This phenomenon has been observed by the scientific community on several glaciers including the Siachen glacier, one of the largest in the Himalayas.

According to the Ladakh taxi association, there are more than 5,000 registered taxis in the region. Tourists mostly travel to Ladakh between May and September and they cover an average distance of 800 kilometers by car on small winding mountains roads during their sightseeing itinerary in Leh-Ladakh. Tourists hire a taxi for several days to visit Buddhist monasteries, high-altitude lakes and remote valleys. “In summer, there are too many cars on the roads,” says Tsering Tamphel, a 45-year-old taxi driver. “There is even traffic congestion at Khardung La pass, the highest road in the world!”

Padma Angmo is in charge of developing an online shared taxi booking platform for Leh-Ladakh Taxi Association. “According to our statistics, there is an average of 2.3 passengers per car whereas most of the taxis have a seating capacity for 6 passengers”, she explains. “When I heard about the concept of carpooling such as BlaBlaCar, Lyft and UberPool, I immediately realised that this is what was needed for tourists visiting Ladakh.” The shared taxi booking platform was launched in 2019, it offers a large choice of tours covering the main touristic attractions of Ladakh with durations from one to four days. “We try to encourage tourists to do carpooling and share taxis while visiting Ladakh to reduce the number of empty seats in vehicles. This will lower the cost of their trip as well as the impact on the environment,” says Padma.

The taxi association’s goal is to increase the average number of passengers per vehicle from 2.3 to 3.5 by 2022, hence reducing the number of cars and cutting down exhaust gas emissions by 35%: one step forward in saving the Himalayan glaciers.