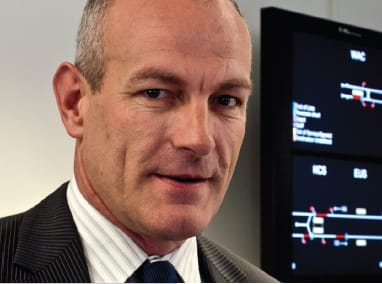 The UK government is committed to the development of rail infrastructure, with significant projects including the Thameslink and Crossrail programmes already underway. Others, most notably the High Speed 2 line, are firmly embedded in its future plans.

There are a number of drivers which underpin this commitment, not least that rail travel fits well with the government’s green agenda and plays a key role in the achievement of demanding carbon reduction targets. History also tells us there is a strong, positive correlation between increased use of the railway and economic growth, with regional businesses benefitting from efficiency gains.

The UK rail industry is a mature one, containing a wide range of experienced and extremely capable businesses operating both at home and overseas. Perhaps because of the age of much of our rail infrastructure (which dates back to Victorian times), there is a perception that overseas railways are superior to our own, but the UK continues to lead the world in terms of innovation and collaborative working practices – bringing pioneering approaches and technologies to continually improve metro and mainline networks.

My own company, Invensys Rail, is just one such example within the UK. Operating in a safety-critical industry, much of our work revolves around the development and installation of appropriate technology to allow more trains to use the same track within the same time frame. Much of this work in the mainline environment is tied in to the European Rail Traffic Management System, an initiative designed to facilitate the cross-border interoperability of European rail fleets, with the aim of replacing individual national train control and command systems and creating a seamless European railway system.

Even without this need for interoperability, metro projects also benefit from much of this innovation, with networks in some of the world’s most densely populated cities requiring more  capacity to support growing populations. The key requirement of Thameslink, one of Europe’s largest and most prestigious infrastructure projects, is to deliver a state-of-the-art railway through the City of London while working within the constraints of the original infrastructure. The programme will ultimately see 24 trains per hour operating through the core area in each direction, with 86 trains per hour operating through London Bridge in peak times.

As much of the work in the UK requires upgrading existing infrastructure – rather than the creation of brand new lines – a major part of our development and project management work involves minimising disruption to the rail network. As an industry we recognise that the drive to develop both new technologies and working methods are essential to the continued growth and safe operation of railways. Consequently, we must invest heavily in people as well as processes, operating trainee, apprentice, graduate and professional development programmes to ensure we retain invaluable railway skills and experience, and secure the future with a modern, dynamic and flexible skills base equipped to deliver the government’s infrastructure programme for the benefit of future generations.