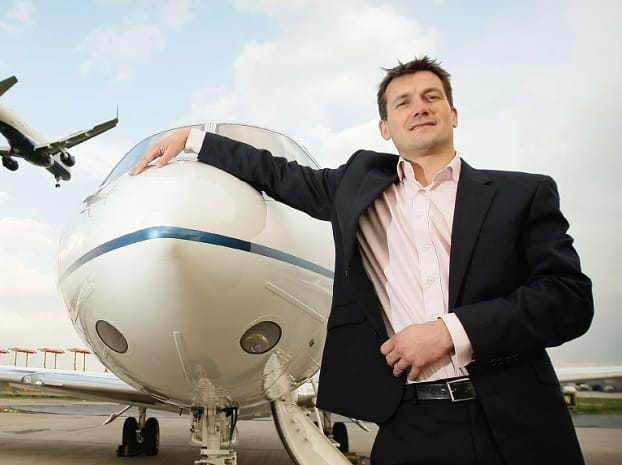 PrivateFly’s CEO and co-founder says we desperately need more aviation capacity, but a third runway is too high-risk

Five years ago, London avoided a catastrophe by the skin of its teeth. On its final approach after a long haul flight from Beijing, British Airways Flight 38 experienced a double-engine failure, just one mile from Heathrow Airport. As luck would have it, the pilots managed to glide the plane just over Heathrow’s perimeter fence, where it crash-landed with no fatalities.

Had the aircraft’s technical malfunction occurred just one minute earlier, BA Flight 38 would have come down in a heavily-populated area, with devastating consequences.

The unfortunate truth is that Heathrow was built in exactly the wrong position. It could not have been put in a worse spot. This is not anyone’s fault – Heathrow was built midway through the last century, when no one had any idea of the scale that aviation would grow to.

Due to London’s predominantly westerly winds, the majority of Heathrow’s arrivals must fly their landing approach over the most populated area in Europe. Statistics show that when aircraft are in their landing configuration (low and slow) they are at their most vulnerable. Combine that with the quality of life and environmental health issues affecting the residents underneath Heathrow’s flight paths, and it becomes obvious that we have built our main airport in a catastrophically wrong location.

Yet the big debate continues on whether a third Heathrow runway should be allowed to be built. It is easy to see why there is a requirement: Heathrow is operating at full capacity. As a result, any incident such as bad weather or strikes and the airport cancels departures and diverts in-bound aircraft. When you operate anything at 100% capacity, there is no flexibility; keep pushing and something will break. This is what is happening daily at Heathrow.

National airport planning needs to be considered in terms of the next 100 years, but what will aviation look like in 2113? It is not unreasonable to consider that new hypersonic aircraft will be capable of flying London to Sydney in just a few hours. But what sort of runway would be required? What levels of noise would such aircraft produce? We simply do not know – but our new airports must be compatible.

What we do know for sure is that safety must be a priority in the planning of any future airport. The UK government would be irresponsible to allow Heathrow to expand. It would also be incredibly short-sighted, because the debate should not be about whether or not Heathrow needs a third runway, but where its fourth and fifth runway will be built. Demand for aviation will continue to grow.

The last thing London needs today is more aircraft flying low and slow over our densely-populated capital city. Expanding Heathrow is akin to following your sat-nav down the wrong motorway without consulting a road map.