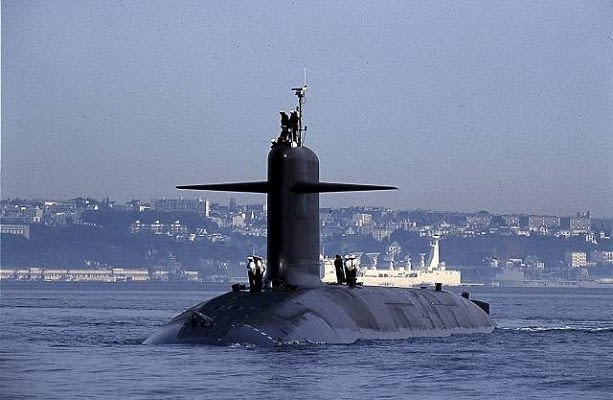 The British Defence Secretary, Ben Wallace has warned China that the UK’s nuclear arsenal is on standby and they will be used if Beijing starts a “land grab.”

Wallace unveiled in the Defence and Command Paper last week that the British Army will be reduced by around 10,000 soldiers.

This comes as the UK are to invest in upgrading the Trident nuclear system along with other hi-tech rearmament.

Boris Johnson said that with the changes to the British Army nuclear weapons will be all “the more useful, all the more, I’m afraid, lethal and effective around the world.”

Drummond who is a former army officer and a government defence advisor, said this is a very clear “message” to China.

The defence advisor told the Express, “If China started throwing its weight around big time it could take over Taiwan or Hong Kong.

“But what happens when it makes a land grab in Russia or Africa?

“I can see China doing something [like that] in another country that we decide is unacceptable.

“We might respond by kicking them out by conventional means, but then they could threaten nuclear retaliation.

“It’s terrible to talk about escalation like that, but in case it ever gets to that, we have to be able to threaten them enough that they take it seriously.”

There will be deeper ties with Japan, India and South Korea to counter the growing threat from China.

The Indo-Pacific region is under growing threat from China and the paper described the situation as a “complex, systemic challenge.”

Upgrading the UK’s nuclear arsenal will be the most effective measure, to ensure they take us seriously, Drummond said.

He added that this is “what was behind the announcement and the increased number of warheads.

“It means we have nuclear weapons and, in a dire situation, we will use them.

“That is what the message was and I think it’s a good message to send.

“These things are so dangerous, so lethal, that they have kept the peace since the end of World War 2.”