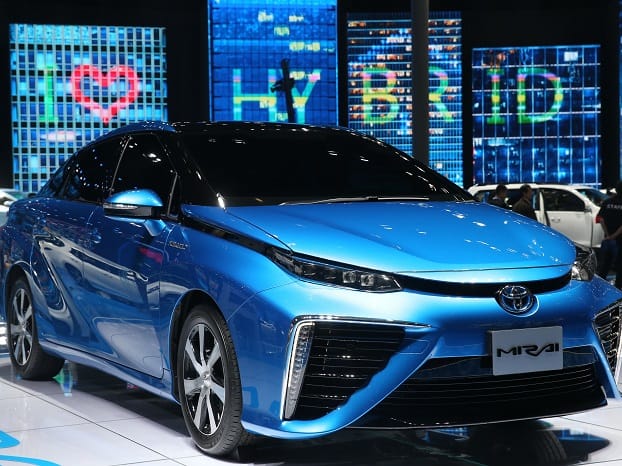 The world’s most profitable car revealed

With an EBIT margin of 8.2%, Toyota was the world’s most profitable automotive group last year. Even during the Corona crisis, the company generated quarterly profits of up to 110 million euros, while its German competitors posted losses, some of them substantial. As can be seen in a new infographic from Kryptoszene.de, the Japanese also took top positions in other respects.

Around every second car sold by Toyota in Europe today is a hybrid. No other car manufacturer comes as close to the new EU-wide target of 95 grams of carbon dioxide emissions per kilometre driven. Furthermore, the infographic shows that no other automotive group in the world has registered as many patents in the field of autonomous driving as Toyota, who have filed a total of 1,143.

Last year the Japanese made a profit of 22.7 billion euros. Volkswagen achieved the second-highest winnings, although this gap is huge: the Wolfsburg-based company’s profit amounted to just 12 billion euros.

Although Toyota seems to have a lot going for it, its shares enjoy a niche existence in Germany. According to their surveys, the German demand for Toyota shares on Google is moderate. The Google Trend Score, which indicates the relative search volume, is quoted at 31. A value of 100 stands for the highest possible search demand.

“Even though Toyota seem to be doing a lot of things right, their shares are trading significantly lower than before the corona stock market crash,” reports Kryptoszene analyst Raphael Lulay. “German car manufacturers such as Daimler have already been able to add significantly more value since the low – whether this is justified remains to be seen. Especially when compared directly with Toyota, the competition seems to have some catching up to do in many respects”.

75% don’t trust the government to not make electric motoring...