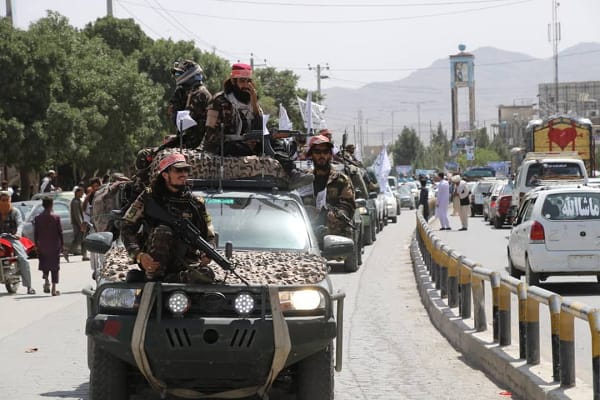 The National Resistance Front (NRF) who are a group of Afghan resistance fighters have caused the Taliban “heavy casualties.”

The Panjshir Valley in northern Afghanistan is the only part of the country which is not under the contorl of the Taliban and is controlled by highly skilled and heavily armed NRF.

Ali Nasary, head of foreign relations for the NRF, told BBC Radio 4’s Today programme the Taliban “are unable to challenge the Panjshir Valley, which has been impregnable for the past half a century.”

He added, “Unfortunately for the past three days the Taliban have been attacking the valley from three directions…

“Luckily all attacks have been repelled. The Taliban have suffered heavy casualties and have actually retreated for more than 30 miles and many resistance fighters were able to take three districts.’”

Nasary admitted that the NRF need help and have been asking for more assistance in their battle against the Taliban.

Nasary was asked now that the Taliban have US military hardware will this have any affect on the NRF.

He said, “A force having hardware better than us doesn’t really mean anything because we’ve faced other forces that were stronger before…

“It’s not a civil war, it’s a war against terrorism that we’re fighting all alone without anyone else helping us or assisting us at the moment.”

Ahmad Massoud is the son of Ahmad Shah Massoud who fought the Soviets in the 1989 and won, he was later assassinated.

Ahmad Shah Massoud was an Afghan politician and military commander. He was a powerful guerrilla commander during the resistance against the Soviet occupation between 1979 and 1989 and was assassinated on 9 September 2001, two days before the terror attack on the Twin Towers in New York.

Massoud told CNN that his forces are fighting “intolerance and oppression brought by one political force over the majority of the population that do not support them.”

Massoud warned that the “Taliban have not change and they still are after dominance throughout” Afghanistan.

The Taliban only took control of Afghanistan because if the “weakness of the government” and added, “We have a sufficient amount of equipment at the moment, but we will need assistance to sustain our resistance in the long term.”