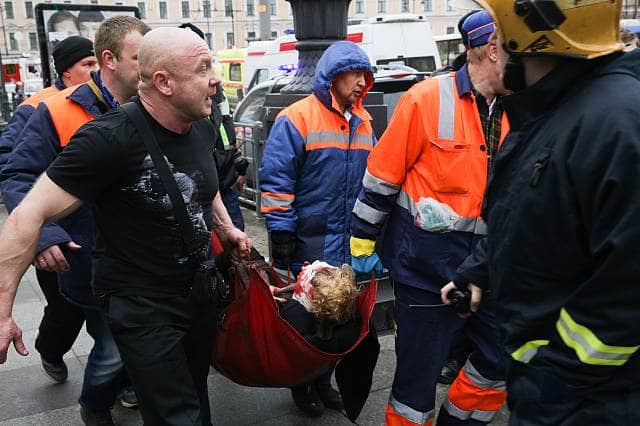 14 people have now been confirmed dead following yesterday’s metro terror attack. It has now been revealed that it was a suicide bombing.

A Russian citizen believed to be born in Kyrgyzstan was the suicide bomber and Security Services in Kyrgyzstan have named him as Akbarjon Djalilov.

It is believed that he had links to radical Islamist groups however, a spokesman for the Russian President Vladimir Putin declined to comment.

President Trump spoke with Putin in a call and passed over his condolences. The White House said in a statement that Trump “offered the full support of the US government in responding to the attack and bringing those responsible to justice.”

The UN Security Council also condemned “in the strongest terms the barbaric and cowardly terrorist attack.”

Theresa May said from her visit in Amman, Jordan: “shows the terrible terrorist threat we are all facing.”

“I’m very clear, as the people of the UK were after the attack in London, that we will prevail, terrorists will not win, our values will prevail.”