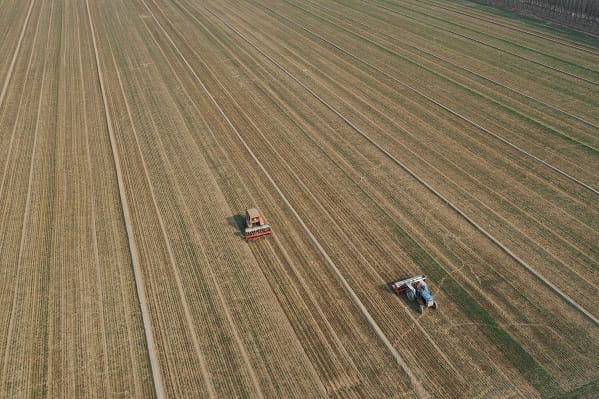 Farmers across the UK have seen the costs of running their businesses soar over the past 12 months, with new research from NatWest revealing that 99% have seen at least one routine expense rise above the general UK CPI inflation rate of 9%.

Research conducted by the bank has revealed that 70% of farmers surveyed have experienced their energy bills rise above inflation, while 66% had seen fuel, 54% had seen feed and 48% had seen fertiliser costs exceed inflation respectively.

As well as placing pressure on businesses, rising input costs are hampering farmers’ efforts to reduce carbon emissions. Of those surveyed, 82% of farmers report feeling a sense of frustration or guilt as a result of not being able to take planned action on climate measures.

A large majority of farmers surveyed (88%) are also at least somewhat worried about the impact climate change will have on the future of farming but 37% feel unable to act on their climate transition plans due to having to prioritise critical business activity.

Farmers surveyed stated they want to reduce their carbon footprint by switching to an energy supplier with stronger environmental credentials (49%), improving the energy efficiency of their premises (54%) or increasing renewable energy usage (57%).

Recognising the role that the agricultural sector can play in ensuring the UK reaches its net zero targets, NatWest is focusing on helping farmers achieve their sustainability goals within their businesses with a range of financial support measures.

NatWest is looking to support farmers to invest in reducing carbon emissions now, with a view to lowering outgoings and delivering positive benefits in the long run. This includes an additional £1.25bn in funding to help the industry deal with increasing input costs and create more sustainable ways of working.

To further protect customers from price increases, NatWest is also freezing all charges and tariffs on its Business current accounts for at least 12 months, as well as reducing interest rates on its range of Small Business Loans up to £40,000, by between 0.5% and 1.35% dependent on term and amount. The bank is also providing capital repayment holidays, where the business only needs to pay the interest on a loan for an agreed period, reducing the amount due each month as well as increases to overdrafts.

In June, NatWest introduced a package to help support customers in the agriculture sector, with individual financial support available for those hit by increased farm running costs. The announcement followed the bank publication of a white paper recommending a series of longer-term interventions that should be taken by policy makers, financial services and the sector itself to achieve a nature-positive transition.

Ian Burrow, Head of Agriculture at NatWest, said, “Climate change is a global challenge, but the farming industry can play a critical part in helping the UK reach Net Zero.

“We are aware that our customers within the sector are keen to take action against climate change and many have already – for instance, changing cultivation practices to minimum tillage or no-till, growing cover crops, growing mixed species grass swards, challenging themselves to improve the productivity of their livestock enterprises, precision applications of fertiliser, and using organic manure more effectively along with  planting trees and hedgerows.

“But we need all in the sector to challenge themselves as to the part they can play in a more regenerative, restorative and reparative way of working. However, the challenge of input cost rising squeezing margins is currently hampering efforts.”

“We want to provide the financial means and accessibility for farmers to pursue their climate ambitions. Addressing climate change and reducing environmental impact is a key issue for farmers, so we’re working to remove the barriers and help the sector make changes now, which will save money and safeguard businesses in the long term.”

Expert analyst suggests that ‘we are at least...