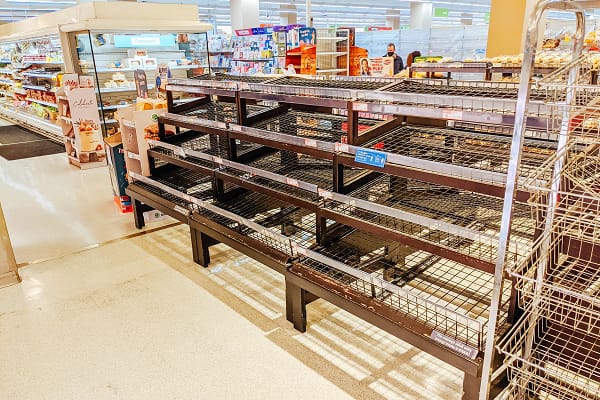 Retail sales fell 1.2% in the three months to July as the cost-of-living crisis bites, figures out today showed.

Online sales and promotions boosted non-store sales in July while sweltering temperatures kept people out of the driving seat and subdued fuel sales.

Danni Hewson, AJ Bell financial analyst, comments on July retail sales: “People can only spend a pound once and that pound isn’t buying what it used to. Whilst sales did pick up slightly in July compared to the previous month, taken as a whole the last three months has been tough for retailers. The story is writ large when you compare the same quarter a year ago. Whilst the amount of stuff people are buying is down by almost 5% compared to 2021, the amount they’re paying for that stuff is up by 5.5% – so that implies price growth of 10.4% – slightly above current CPI.

“Consumers are being forced to cut back, spending less on the essentials, putting off big ticket purchases and hunting out bargains wherever they can find them. Retailers chasing sales are having to work hard and it’s no accident that non store retailers have enjoyed growth in July, a month that’s been dominated by online sales and special offers.

“Whilst food sales have been resilient, we’d normally expect the past heatwave to have sent people scurrying to load up on extra drinks and nibbles, firing up BBQ’s and piling up picnic blankets. Perhaps it was simply too hot to socialise. It was certainly too hot for many people to jump behind the wheel of their cars. But a fall in fuel sales will also have been impacted by the continued rise in prices at the pump with an average litre of petrol and diesel up another 5.5p compared to what people were struggling to pay the previous month.

“Consumer confidence is rock bottom. The long hot summer is in its dying days and as nights draw in the sums become even more difficult. GFK’s consumer confidence index has dropped to the lowest point since records began almost 50 years ago.  Many people are struggling and they’re looking at the headlines and their terrified of what’s to come. They’ve stopped subscriptions, switched brands and dipped into any savings they might have had.

“Things have been tough and they’re just going to get tougher, and retailers know that’s going to hit their bottom lines hard. The golden quarter is likely to lose something of its shine this year and that’s worrying to a sector that had been hoping for a post-covid boom.”