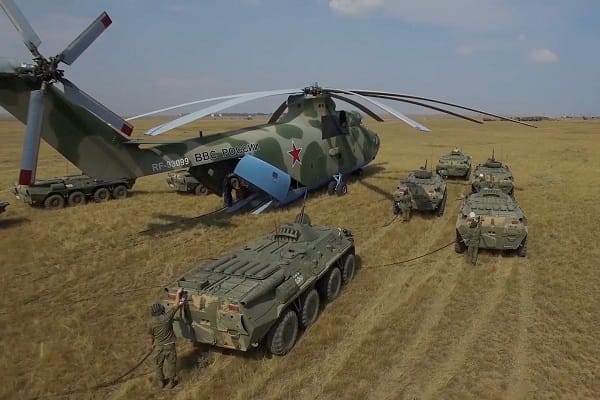 The Russian President Vladimir Putin has said during a press briefing in Moscow that the “Minsk deal no longer exists.”

The Minsk Protocol was an agreement between Ukraine and Russia which was supposed to have ended the war in the Donbas region of eastern Ukraine.

The despot leader then said Russia now has no commitments to adhere to which will make the situation “more dangerous and more serious.”

The Russian President told the news conference that Russia will provide “all types of assistance” to Donetsk and Luhansk regions, this will be in the form of military assistance to Russian backed separatists.

Putin said, “As for using military force abroad, of course we signed an agreement yesterday and in these  agreements with Luhansk and Donetsk.

“We will provide all types of assistance, including military assistance.

“If there is a conflict of course, if it is necessary, we will follow through on the obligations we took.”

Putin previously said, “We’re counting on resolution of all these differences. These differences will be sorted out between Kyiv and Luhansk and Donetsk regions.

“But for the moment we understand that this is probably impossible in this current situation but we’re hoping for this in the future.”

This comes as Russia’s upper house of parliament have unanimously voted on Tuesday to approve the request by the Russian President to deploy Russia’s armed forces abroad which will take effect immediately.

By tomorrow the world could be waking up to more news that Putin has pressed on with a broader attack on Ukraine following the vote in the Duma.

This has been described as a “peacekeeping” mission in two breakaway regions of eastern Ukraine but Putin will take military action if there is any form of “conflict.”

NATO Secretary-General Jens Stoltenberg said in Brussels during a press conference that Russia is planning for a “full-scale” attack on Ukraine.

Stolteneberg warned, “Every indication is that Russia is continuing to plan for a full-scale attack of Ukraine.”

Putin has reemphasised that Russia is “categorically against Ukraine joining NATO”, insisting that the move would be a “threat to us.”

He said, “I’ve mentioned this many times.

“In this relation, of course, our position is based on what many people say – including people in the West – say that the best resolution of this issue would be so.

“The best thing to do would be for Kyiv authorities to make the decision not to join NATO and to become neutral.”