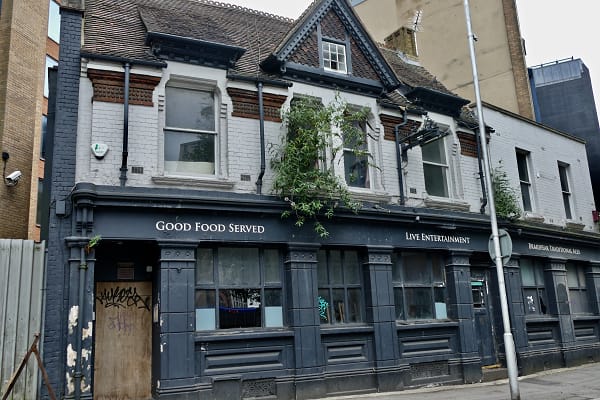 Over 90,000 EU workers have left UK leaving one in 10 hospitality sector businesses to close

Job vacancies in the hospitality sector have soared by 342% as more than 90,000 EU workers left the UK over the past year due to the pandemic.

This has left the UK economy damaged as one in ten hospitality sector businesses have been forced to close.

Kathy Dyball from Caterer.com jobs website said that they currently have 28,179 vacancies advertised as unemployed people are now looking for a new career.

London saw 75% of EU workers leave the UK before the pandemic struck, which has also been a factor of the large amount of vacancies.

“However, talented EU workers remain an essential part of the sector’s success and we join the industry in calling for the government to urgently make it easier for hospitality talent to return to the UK.

“The staff shortages the sector has been grappling with have only been exacerbated by the recent ‘pingdemic’ and staff being taken out of work at no notice.

“Yet again this is a case of the sector needing more attention from the government to be able to trade profitably.

“In the longer term there is work to be done to change perceptions of the industry.

“Its reputation has suffered due to lockdowns, with job uncertainty added to the list of misconceptions such as low pay and lack of flexibility.”

There has been an enormous rise in the number of staff being forced to self-isolate as a result of the pingdemic as the hospitality sector started to reopen.

Speaking to BBC Radio 4’s Today programme, Kate Nicholls the chief executive of UKHospitality said, “In the last month one in 10 of our businesses have had to close their sites and more importantly one in five have had to significantly adjust their offer or services in order to cope with the pandemic.

“The pingdemic has hit at the same time as the reopening, they haven’t had time to rebuild cash reserves and so they are in quite a fragile state and the hit to revenues as a result of the pingdemic is running at about 15 to 20% of revenues for those businesses that are affected, so it is a significant suppression just at the point in time when these businesses needed to start recovering from about 16 months worth of closure and restrictions.

“We are recommending that workers have daily and regular tests and that’s an important part of it for those who are a younger workforce who are through no fault of their own unable to be fully vaccinated by 16 August.

“We are urging the government to develop a more workable, pragmatic self-isolation policy for those workers that continue to be affected.”