Home Business News On top of ‘Russian sabre-rattling around fertiliser supplies, farmers find themselves on the end of a fossil fuel double whammy’ 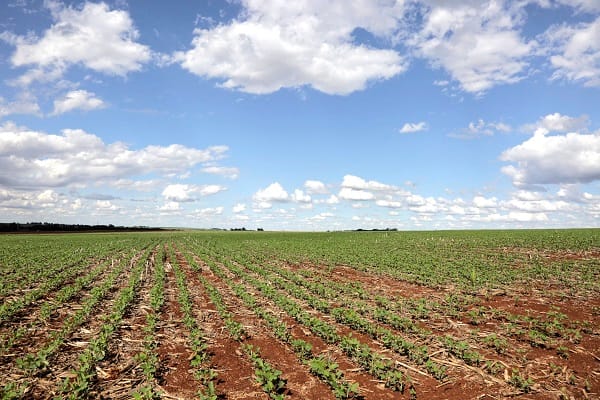 On top of ‘Russian sabre-rattling around fertiliser supplies, farmers find themselves on the end of a fossil fuel double whammy’

The Energy & Climate Intelligence Unit (ECIU) has warned that British farmers could be left with a £760m bill for fertiliser over the year.

The ECIU warned that British farmers are already paying and additional £160m in fertiliser bills due to the soaring global gas price increase.

Most mineral fertilisers are made using methane from pipeline gas which is one of the main ingredients which uses a lot of energy meaning the cost of fertiliser coupled with gas prices results in higher prices for farmers.

In a statement, the Russian Ministry said they have recommended that “Russian producers temporarily suspend export shipments of Russian fertilisers until carriers resume rhythmic work and provide guarantees that Russian fertiliser exports will be completed in full.

“Failures in fertiliser shipments could have a direct impact on national security in several countries and cause serious food shortages for hundreds of millions of people already in the medium term.”

ECIU Climate and Land Programme lead Matt Williams said, “On top of Russian sabre-rattling around fertiliser supplies, farmers find themselves on the end of a fossil fuel double whammy, with higher costs of both fertiliser and energy due to the oil and gas crises.

“This is compounded by recent extreme weather hurting potato, wheat and orchard harvests in the UK.”

He added, “We need to think about fertiliser and food security.

“Clean, net zero, homegrown solutions exist, but those British agritech companies leading the way must be given a boost if we’re going to insulate both British farmers and the British shopping basket as best we can from oil and gas price spikes and the aggression of rogue leaders like Putin.”

Chair of the All Party Parliamentary Group on Farming Fay Jones MP said: “The tragic situation in Ukraine is pushing fertiliser prices beyond the record highs already seen in 2021 due to gas prices.

“For many farmers, this is making a bad situation even worse, hitting them in the pocket, while these fertilisers made from fossil fuels continue to drive climate change.

“Many farmers have been working to find ways to reduce their carbon footprint, but they need more help decarbonising, cutting their use of fossil fuels, and reducing the use of fertilisers where possible.

“Innovative British companies can help to pave a new path by developing and marketing low-carbon fertilisers, creating jobs here in the UK.”