CLICK HERE TO WATCH THE FULL VIDEO
Home Business NewsPolitics Norman Baker quits, says working with Theresa May was like "walking through mud" 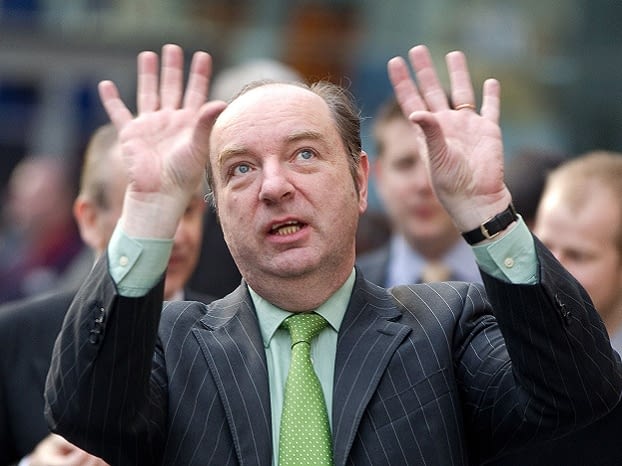 Norman Baker quits, says working with Theresa May was like "walking through mud"

Senior Lib Dem minister Norman Baker has resigned from Government and has blamed Home Secretary Theresa May for his decision.

The minister for crime prevention said working with May had been like “walking through mud”.

Baker said he was fed up with the Conservatives for delaying the publication of a report on decriminalising drugs which showed that Class A substances such as heroin could have benefits.

“That mindset has framed things, which means I have had to work very much harder to get things done even where they are what the Home Secretary agrees with and where it has been helpful for the Government and the department.

“There comes a point when you don’t want to carry on walking through mud and you want to release yourself from that.”

In his resignation letter to Deputy Prime Minister Nick Clegg, Baker said it had “been particularly challenging being the only Lib Dem in the Home Office”.

“I see a newspaper the other day likened [it] to being the only hippy at an Iron Maiden concert,” he wrote.

“In stark contrast to the Department for Transport, I regret that in the Home Office, the goodwill to work collegiately to take forward rational evidence-based policy has been in somewhat short supply.

“I have concluded, therefore, that for the time being at least, my time is better spent out of ministerial office,” he added.

In response to his resignation, Deputy Prime Minister Nick Clegg wrote: “Thank you for the brilliant job you have done … You have proved yourself as one of the most effective ministers in government: always determined to deliver a more liberal agenda for Britain, by consensus where possible but by confronting vested interests whenever necessary.”

I am writing to confirm my request, which I first raised with you in August, to take a break from ministerial office when a convenient moment arises. I understand this is likely to be next week.

You will know that I have spent four and a half years in ministerial office, three and a half at the Department for Transport and the last year at the Home Office. I have enjoyed this time very much, and while I feel I have been able to discharge my duties effectively while also giving proper attention to my constituency, this combination has been very demanding and has squeezed the time available for my family and my outside interests, including my music.

You will recognise that it has been particularly challenging being the only Lib Dem in the Home Office, which I see a newspaper the other day likened to being the only hippy at an Iron Maiden concert. Despite these challenges, I am pleased with what I have been able to achieve, not least to have been the first minister with responsibility for drugs to have put prejudice aside and published an evidence-based approach to this important issue, despite repeated Conservative efforts to block release.

I am also pleased, amongst other things, to have been able to create a cross-departmental commitment to tackling FGM, to have nursed into law a new more effective approach to anti-social behaviour, and to have launched a ground-breaking Government document that promotes alternatives to animal experiments.

However, in stark contrast to the Department for Transport, I regret that in the Home Office, the goodwill to work collegiately to take forward rational evidence-based policy has been in somewhat short supply.

I have concluded, therefore, that for the time being at least, my time is better spent out of ministerial office.

You will of course continue to have my full support in the run-up to, and beyond, the next election which I anticipate is likely to produce another hung parliament. You have been, and are, an outstanding leader of the Lib Dems and I have been proud to have served in your team.

Will Richard Branson’s Virgin Galactic space project ever take off?