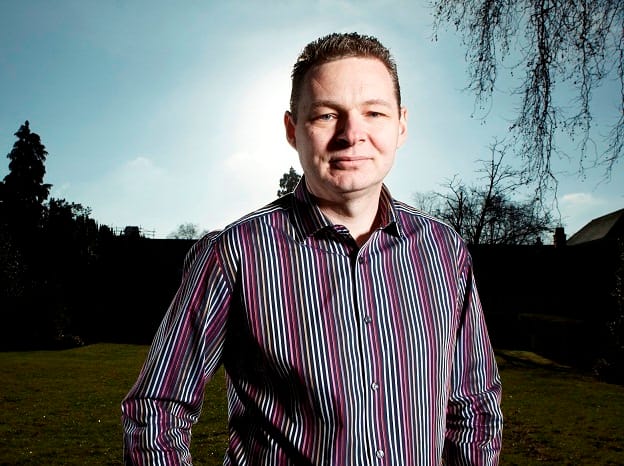 Meet the man who invented the re-tweet button

It’s no breaking news that Twitter, Facebook and other social media channels are goldmines for businesses. After all, your tweets and Facebook posts about what’s hot and what’s not is what businesses want to know so that they can make a product you would lap up.

And the man making this possible is Nick Halstead.

Halstead ran a Twitter analytics company called Tweetmeme which came up with the original “retweet button”. After news websites around the world started using it actively, Twitter decided to partner with the company and integrate it into its platform.

Next stop for Halstead was coming up with a platform that helps you curate social media content all in one place. So in 2010, he launched DataSift, a company that provides a real time data platform that allows its users to sift through billions of tweets, posts and other social media data to find insights for business.

Based in Reading, Datasift is one of only two companies globally licensed by Twitter to re-syndicate its content. The company has over 500 customers including Coca-Cola, McDonalds, BBC and O2.

This month, Datasift’s raised $15 million in Series B funding led by Scale Venture Partners. Northgate Capital and Daher Capital also invested in the round. Also, the company has formed a partnership with popular URL shortener Bit.ly to analyse social conversations and click trends.

What will the company do with the funding? We caught up with Nick Halstead to find out:

What’s the retweet button story? How did you come up with and how did it end up on Twitter?

Before founding DataSift, I ran TweetMeme, a company that partnered with Twitter in the very early stages to show the most popular content shared on this social network.

We also introduced the original retweet button used by news organisations and other 400,000 websites to promote their stories. Seeing the success of it, Twitter partnered with us and integrated the retweet button into their platform. Out of this partnership came a really close collaboration with Twitter, which eventually lead to the launch of DataSift.

How did you come with the idea of setting up DataSift?

The idea for setting up DataSift came from my frustration of subscribing to hundreds of traditional RSS feeds that allowed me to look at only one feed at a time. I wanted something that would help me categorise all this content based on topics, which lead to our first curation product for RSS feeds. Shortly after the introduction of this first product, Twitter began to take off and we quickly realised that the same curation technology could be applied to Twitter streams, and DataSift was born.

Can you explain through an example what Data Sift does? Why do Coca-Cola and BBC use it?

Brands use DataSift products for brand monitoring purposes. It allows them to understand what people are saying about them, positive or negative, gain a better understanding of the results of marketing campaigns and to help optimise their message out onto social media.

What do you plan to do with the funding?

This latest investment will help us to grow the team and focus on what we believe is the next phase of social where companies will integrate social data into existing business dashboards to reach actionable insights.

We’re also planning to move into the ingestion of private data within the enterprise alongside the public social data we already collect. So if a company that has a requirement for its internal data source of unstructured data to be analysed in real-time, curated or filtered, we can do it for them in the Cloud.

Can you tell us about your partnership with bit.ly and what you’re planning to achieve with it?

Bit.ly is the world’s most popular link-sharing platform, used to share more than 80 million new links every day that generate more than 200 million clicks per day. By integrating it into DataSift, we can tell companies not only what people shared and liked, but also how many people have clicked on the content. It was the missing metric in social customer engagement.

By analysing data that covers both social conversations and clicks, companies get a much deeper picture of engagement, and understanding of which conversations are truly driving customer interest and engagement.

Why did you decide to stay put in London as opposed to the Silicon Valley?

Being located in Reading, we have a huge competitive advantage in being able to recruit talented engineers without having to compete with thousands of Silicon Valley start-ups.

What’s the turnover and profit of the company and how many employees does it have?

We don’t disclose turnover. We currently have 60 staff and are planning to double that next year.

I really admire Steve Jobs for his absolute belief in his own vision.

Thanks for you time Nick!

Infographic of the week: The social impact of London 2012

Infographic of the week: Free Wi-Fi – friend or foe